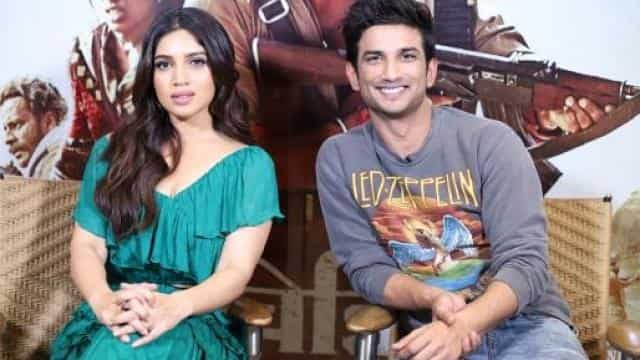 The death of Sushant Singh Rajput has brought a big setback to his family, fans, friends and the Bollywood industry. Sushant’s friend and his co-star Bhumi Pednekar has recently announced a noble cause for Sushant. Bhumi will simultaneously feed 550 poor people through the foundation.

Bhumi wrote about this on social media, in memory of my friend Sushant, I will feed food to 550 poor people. Let us give some kindness and love to those who are in great need at the moment.

Explain that Bhumi Pednekar and Sushant Singh Rajput worked together in the film ‘Sonchiraiya’, which was shot in the ravines of Chambal. A few days ago Bhumi shared a long post about Sushantko.

Bhoomi said that Sushant had a telescope during the shoot of Sonchiraiya, so that he often told about the moon and stars. He told that when she met Sushant, the actor told her that he would take her on a walk to the moon. However she did not understand at that time. A few days later Sushant took to the moon through his telescope and brought it back. It was a very poignant moment for both of them.

Sushant became his teacher during the shoot. Sushant used to talk to him about space, science and philosophy. Both of them discussed many times about many great writers, practical and theory life and how to create a successful life. During this both of them also debated many times but later their fight would end. The two also tried to understand music with the help of charts and algorithms, and with the help of Art explained Newton’s theory.