Bharti Singh felt the shock of X-manager Disha Salian’s suicide, said – I have no words 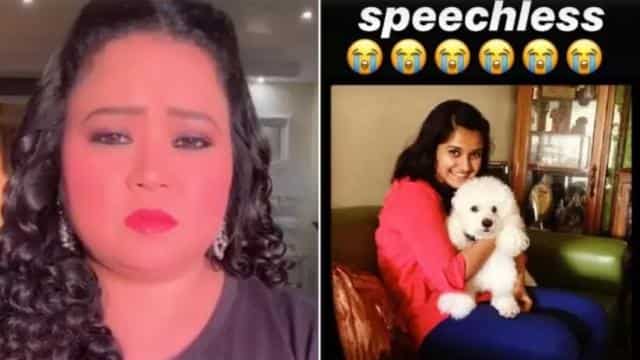 Actor Sushant Singh Rajput’s X-manager and Varun Sharma’s current manager Disha Salian jumped from the 12th floor and died. He committed suicide. This news has shaken the Bollywood industry. Everyone is shocked and paying tribute to him on social media. However, this year has not been special for the Bollywood industry. Fans are upset over the news of the demise of many big stars. Earlier, Crime Patrol actress Preksha Mehta also committed suicide by hanging herself from a fan.

Now comedian Bharti Singh has expressed grief over the suicide of X-manager Disha Salian. He shared a photo of Disha on social media and wrote that I do not have the word. Rest in Peace direction. Bharti has received a shock of Disha’s suicide.

According to the police, Disha made a video call to several of her peers. However, she did not tell about her trouble but she looked quite upset to see.

The police also say that Disha came to stay with friends at her fiance’s house two days ago. All were playing cards except drinking. Disha’s fiancée was to debut in Bollywood after some time. More information will be available only after the postmortem report arrives.

According to reports, as soon as he got information about the incident, he was taken to the hospital in Borivali where he was declared dead. There is no reason behind the suicide. Bollywood is going through a difficult time at the moment. Many celebs have committed suicide due to lack of work.

VIDEO: Mallika Sherawat was seen running, the fans asked- Where is the mask?

According to the report, Disha was currently the manager of Varun Sharma. She was with him for a year. She was working with Bunty Sachdeva Cornerstone. Apart from this, Disha has also been the manager of comedian Bharti Singh and actress Aishwarya Rai Bachchan, Riya Chakraborty.