Bharat Bandh on November 28 Against Demonetization 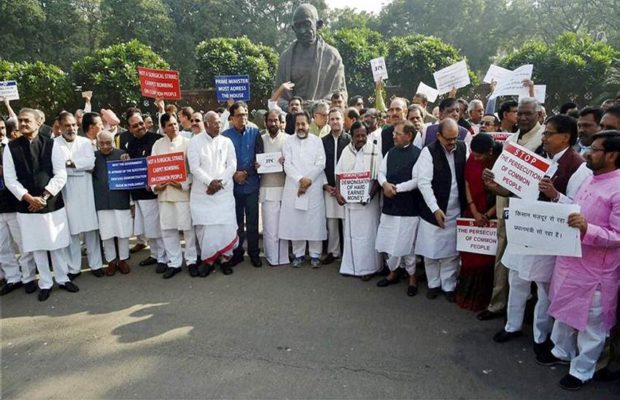 The opposition announced Bharat Bandh on November 28 against the 500 and Rs 1000 note demonetization. After the promulgation of Demonetization by Narendra Modi government, the opposition parties have united against the decision and are demanding the withdrawal announcement. Today it will be day strike in Kerala statewide. The ruling CPM has decided that the bank, marriages, hospitals, milk, and newspaper vendors are exempted. Due to the uproar in the Parliament because of the demonetization by Narendra Modi government, Parliament is unable to function. Even on the second week of the winter session, could not do anything. In Lok Sabha, the work done was equal to none, while the Rajya Sabha could not function any more than two days till now.

During the debate in the Rajya Sabha on 24 November, Former Prime Minister Manmohan Singh During the discussion in the Council on 24 November, Prime Minister Manmohan Singh on the issue of Narendra Modi government did besiege Narendra Modi government on demonetization. He said the government’s decision was collective looting. The Congress-led opposition is demanding the debate on demonetization in both houses followed by voting. The government has denied it. The opposition claims that the government’s decision to the people of the country is facing a lot of difficulties. Almost all the opposition parties united against the demonetization issue. The campaign includes 14 parties, the Congress, TMC, JD-U, CPM, CPI, NCP, BSP, and RJD.

Prime Minister Narendra Modi had announced on November 8 that the 500 and 1000 have been out of circulation. Then the people of the country are in line for replacement of their money in banks. In this regard, the government has changed decisions on their side through a survey on demonetization decision several times. Most ATMs are cashless. Also, there is a limit on the ATM withdrawals. Mamata Banerjee, Delhi Chief Minister Arvind Kejriwal, Rahul Gandhi is constantly aggressive on the issue. The government is claiming that people of the country are in support of demonetization based on the survey made by their side. The government’s decision that demonetization halted funding of terrorism and the rebels. The forged notes and black money holders have also suffered losses. Narendra Modi himself has remained unbowed to its word.

Relaxation on Withdrawal of cash from bank deposit accounts