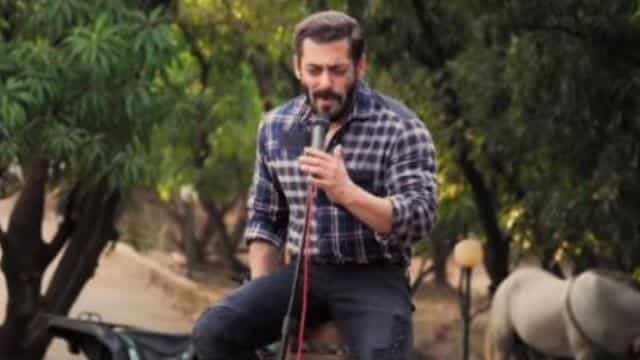 Bollywood superstar Salman Khan has been seen giving fans a new surprise on Eid for the past several years. This year too, he had announced the release of his film ‘Radhey’. For fans, this special would be from Idol on Salman Khan. However, the shooting was not completed due to corona virus and the film could not be released. Don’t worry, Salman Khan has given fans a special Id on Eid. He has released his third song ‘Bhai Bhai’.

Prior to this he has released two songs, Pyaar Karona and Tere Bina. Both songs have got the love of fans. The song ‘Pyaar Karona’ was on the premonition of Corona virus. At the same time, Salman was seen romancing with Jacqueline Fernandes in the second song ‘Tere Bina’.

Let me tell you that the entire song of Salman and Jacqueline has been shot in their Panvel farmhouse. He was accompanied by his sister Arpita and brother-in-law Ayush Sharma earlier, but now he has moved back to Mumbai. Jacqueline, Yuliya Vantur and Valushcha D’Souza are now at the farmhouse with Salman.

VIDEO: Yash and Roohi did not let Karan Johar get a birthday cake, said- do not eat will become obese

Let me tell you that recently Salman told that he had been thinking for a long time that he should have his own YouTube channel. He said that he has many songs which if not in films, he will release them on his channel.

Corona positive, two staff members turned out to be home to Karan Johar, filmmaker himself confirms