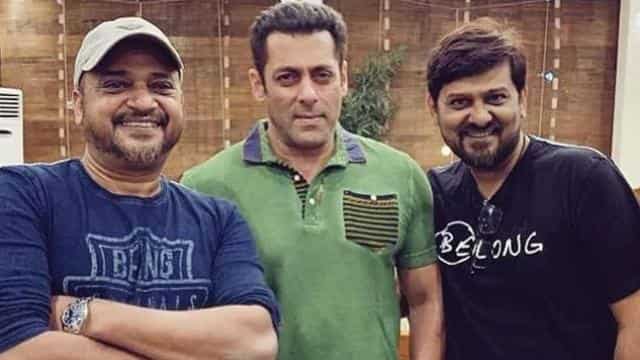 Wajid Khan, one of Bollywood’s famous musician brothers, Sajid-Wajid, died on 1 June. Wajid Khan was 42 years old. The duo of Sajid-Wajid have composed music in many Bollywood hits. Let us tell that both have given music in most of Salman Khan’s films. Not only this, both of them started their careers in Bollywood with Salman’s film. Salman was very close to both his brothers. But do you know that Wajid also composed the last song for Salman’s film Radhe.

A source close to the film told Bollywood Hungama that Radhey has 5 songs. Sajid-Wajid duo composed 2 songs in this film. Both have composed the title track of the film and a romantic song.

The source further revealed that the shooting of the film was almost complete, just two songs are yet to be shot. As soon as the shooting permission is received from the government. Work on it will be started immediately.

Let me tell you that Wajid has also given his voice in Salman’s popular songs Mera Hi Jalwa, Fevicol and Akshay Kumar’s song Chinta Ta Chita Chita. Recently, Salman released 2 songs on his YouTube channel – Pyaar Karona and Bhai-Bhai. These songs were also composed by Sajid-Wajid.

Successful or failed for a strict lockdown economy, know what this research says