Bank strike got youth support for the first time, banks will remain closed for 5 days in the next 9 days 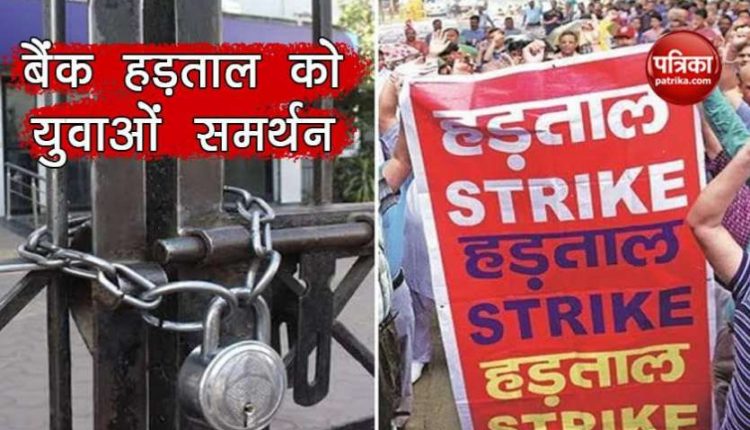 New Delhi. If you have any work related to the bank, then settle it ahead of time. Otherwise you may have to face trouble. Because in the coming 9 days of March, banks are going to be closed for 5 days. There will be a Maha Shivaratri holiday on the 11th (Thursday). At the same time, banks will be open on March 12. After this, banks will not open due to holiday on Saturday and Sunday. After this, banks will be closed on 15 March (Monday) and 16 March due to bank strike.

‘Yuva Hallabol’ supports bank workers’ strike for the first time
For the first time, the youth are going to join the strike of the bank workers who are opposing privatization. We are going to campaign against the hashtag ‘We will not let the country sell’ on social media. According to Anupam, the national convenor of Yuva Hallabol, the youth group will also participate in the strike on March 15 and 16 in banks across the country. Apart from this, a campaign against privatization will be launched on Twitter on March 9 through the hashtag ‘We will not let the country sell’. Anupam, the convener of ‘Yuva Halla Bol’, which has brought the issue of employment to the national debate, has strongly opposed the plan of handing out profit-making public sector banks to political interests.

Also read: – What happens after death! The person who tells the secret will get a reward of 7 crores

Nationwide strike in banks on 15 and 16 March
Let us tell you that UFBU, the apex body of 9 organizations of bank employees, has announced a two-day strike from March 15 to protest against the proposed privatization of two public sector banks. If there is a strike, banks will remain closed from March 13 to March 16. The second Saturday and Sunday are on 13 and 14 March. For this reason, two days’ strike after two holidays will not make banks work for 4 consecutive days.

Banks will remain closed on this day in March….

March 13 – This day is the second Saturday.

March 21 – Sunday is also falling on this day.

March 27- This day is the fourth Saturday of the month.

Market picks up on the rise in banking stocks, Sensex close to 51 thousand