Bank strike, deposit-withdrawal and check clearance will be effected on March 15-16 to protest against privatization 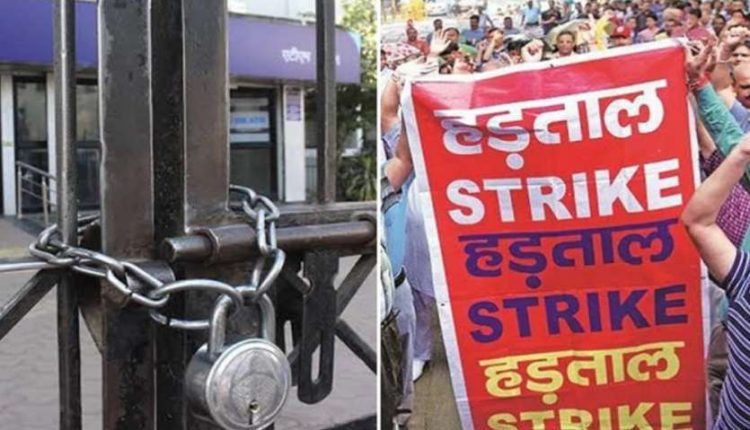 New Delhi. If you have any important work related to the bank, then you are going to have trouble. Because the public sector banks are going on a two-day nationwide strike against the government’s move to hand over the public sector to the private sector. Due to which banks will go on strike on Monday and Tuesday i.e. March 15 and 16. Banking services across the country could be affected on Monday and Tuesday due to the nationwide strike. Services such as deposit and withdrawal, check clearance and loan acceptance may be affected by the strike. During this period, customers will have to depend on ATM for cash besides online payment.

84 workers and workers union gave support
Millions of employees and officials of the country’s 12 state-owned banks will go on a nationwide strike to protest against the proposed privatization of the two banks. The strike, which is being called by the United Forum of Bank Unions (UFBU), the apex body of bank employees, has been supported by 84 other employees and trade unions of the country. Let us tell you that in the Union Budget presented last month, Finance Minister Nirmala Sitharaman announced the privatization of two public sector banks in the next financial year as part of the government’s disinvestment program.

Also read: – This is the world’s most mysterious Shivling, increasing in size every year

‘Young Hallabol’ also supported
For the first time, the youth are going to join the strike of the bank workers who are opposing privatization. We are going to campaign against the hashtag ‘We will not let the country sell’ on social media. According to Anupam, the national convenor of Yuva Hallabol, the youth group will also participate in the strike on March 15 and 16 in banks across the country. Apart from this, we have launched a campaign against privatization on Twitter through the hashtag ‘We will not let the country sell’. Anupam, the convener of ‘Yuva Halla Bol’, which has brought the issue of employment to the national debate, has strongly opposed the plan of handing out profit-making public sector banks to political interests.