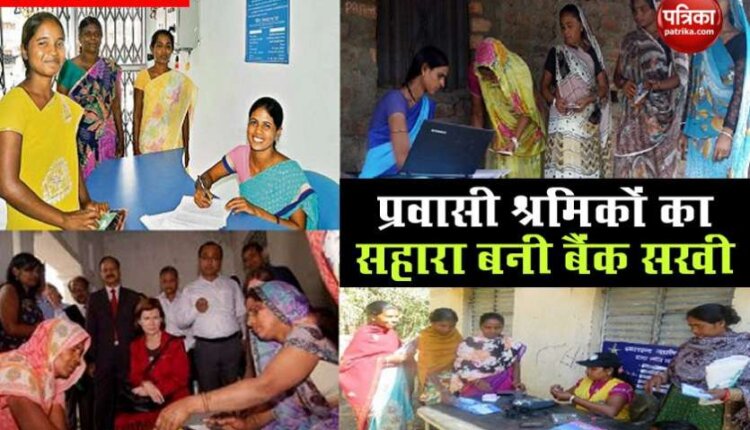 new Delhi. During the Coronavirus era, the Central Government is paying special attention to improve the condition of rural areas of the country and various facilities are being made available to the farmers, laborers and villagers. Various state governments are also implementing many schemes (Government Yojana) in their own way which will benefit the people of rural areas. There is a scheme Bank Sakhi in it. Bank Sakhi (Bank Sakhi 2020) is helping them for migrant laborers, from opening an account in bank sakhi registration to registration in bank sakhi registration.

Under this ‘Sakhi Yojana’ (Bank Sakhi 2020), rural women will be appointed for banking work. Women will go door-to-door to work as a government bank and benefit people by making people aware of the government’s bank sakhi online form. Along with this, the elderly sitting at home in the rural areas (BC Sakhi Yojana) have to provide pension, pay their allowances to the disabled, MNREGA workers and help a villager to withdraw money from the account.

Benefits of this scheme

– Many women have also got employment under this scheme.
At present, there are 63 lakh self-help groups in the country with 690 lakh women members whose financial affairs are being handled by the bank authorities.
– It is proposed to appoint 58 thousand rural women in the first phase of the scheme. 4 thousand rupees per month salary will be given to women by the government.
Apart from this, women will also earn separately from the commission.
– The condition of farmer families will improve with women getting work in the village itself.

This scheme is going on in these states

What should be the qualification

– To become a banker, it is necessary to have 10th pass and knowledge of arithmetic.
– Women who are between 18 and 45 years of age are selected through interviews.
– The bank gives them the prescribed honorarium.
– One bank correspondent on 30 groups and two bank associates on accounts of 80 to 160 groups are appointed. After this, according to the number of groups, the number of Sakhis is increased according to the villages.

Purpose of the plan

Through this scheme, the women of the village will now be able to provide all banking services to the rural people through digital technology and solve all the problems related to banking along with digital money transactions. The government will also give 50 thousand rupees to each woman for purchasing digital equipment. At the same time, the bank will also pay commission on Sakhi transactions.

Amitabh remembered the lines of father Harivansh Rai Bachchan, said- where did you find time in the heat of life