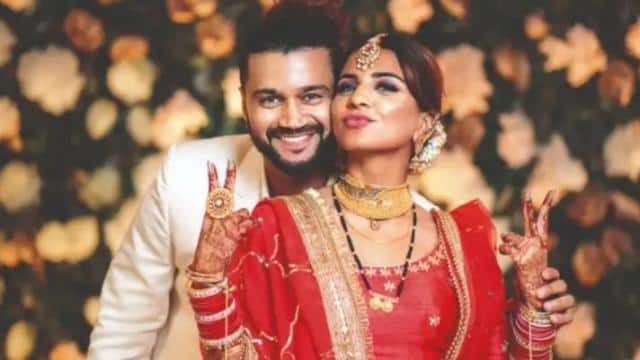 Comedian-actor Balraj married singer Deepti Tuli on 6 August last month in Jalandhar, Punjab. There is a lot of discussion among his fans about this marriage. Balraj has told how he met Deepti and then prepared for marriage.

Balraj said, ‘We met during a shoot in Chandigarh in July last year. I was hosting a show while she was performing with her band. I liked it immediately, but as far as I think I did not like it at that time. ‘

The comedian-actor said, ‘After this, when I went on the shooting of Fear Factor: Khatron Ke Khiladi, I constantly messaged him, but there was no response from that side as I expected. During the trip to Turkey and Greece, we both started talking for a long time. I met him many times when I came back. ‘

About marriage, Balraj says that he proposed her for marriage on his birthday (26 January). He proposed Deepti in Goa. However, it was quite surprising for him and because of this he did not immediately say yes. After this I spoke again for marriage and she agreed. The two of us met in March a few days before the lockdown and our horoscopes also matched.

The actor further said, ‘The most interesting thing is that she lives just 15 minutes away from my house in Jalandhar. It took so long to cover that gap. ‘