‘Bad Boy’ actress Amrin did not get the film easily, shared experience of working with Namashi 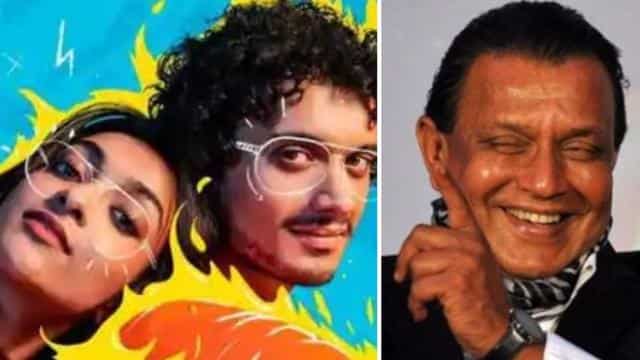 Amreen Qureshi is also going to make a debut in Rajkumar Santoshi’s upcoming romance-comedy film ‘Bad Boy’ with Mithun Chakraborty’s son Namashi. His father Sajid Qureshi is the producer of the film, but Amreen says that this first project was not easily given to him by decorating it on a plate.

He told her, “My father is the producer of ‘Bad Boy’, but that does not mean that I did not get the film easily.” As a father he wanted me to find my way. ”

She says, “We all know that Raj ji is a great director and he will not compromise on acting, so I had to do my best.”
Amreen was well prepared before her first shot. He told, “When I decided to become an actor two years ago, I immediately entered Anupam Kher’s academy and did a course there.”

Zaira Wasim came to the controversy by tweeting on locust terror: Now I am not an actress, words were taken incorrectly

Amreen started shooting for ‘Bad Boy’ about a year ago. Recalling his first day at work, he said, “On May 18, we started shooting. I don’t know if I used to wake up early or not sleep at all, but I used to get ready in the morning, even if my shot was to shoot for work. “
She has not been able to go on the sets due to the lockdown for two months. She says, “I’m just dreaming of going to the set as soon as possible.”

Learn at what price gold is sold today in the bullion market, see the latest rates of 22 to 24 carat gold