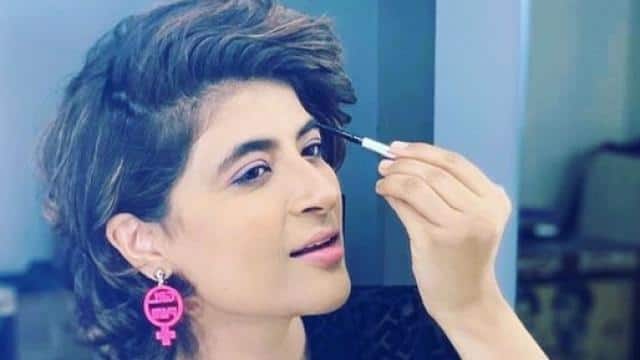 Bollywood actor Ayushmann Khurrana’s wife Tahira Kashyap is in the news for some reason or the other. This time she has come into the limelight with her hair. Tahira has shared a video of her on Instagram account, which is being very well liked. In the video, she is seen with her long hair.

It can be seen in the video that Tahira is seen waving her hair. In the background, the sound of the tabla player Zakir Hussain playing the tabla is heard. While sharing the video, Tahira Kashyap wrote in the caption, “Wow Taj. From Harish to Ustad Zakir Hussain. Look ahead what happens? ”

It is known that in a famous advertisement in the 90s, tabla player Zakir Hussain waving the same hair says, Wow Taj. Tahira has copied them and made this video of himself. This video of Tahira is getting viral on social media. Bhumi Pednekar, Sargun Mehta, Sameera Reddy, Aditi Singh Sharma, Ravi Dubey have praised Tahira’s hairstyle in the commentary.

Let us know that recently Ayushman Khurana has bought a kothi. The actor and the rest of his family are thrilled for their new home purchased in Panchkula. Ayushman said on this, “The Khurana family has found their family home. The whole family decided to buy this new house together, in which now the whole Khurana family can live together. Let us see this new and beautiful at this new address. Memories are waiting to be made.

Do Investment Planning after first job, invest here before 30s