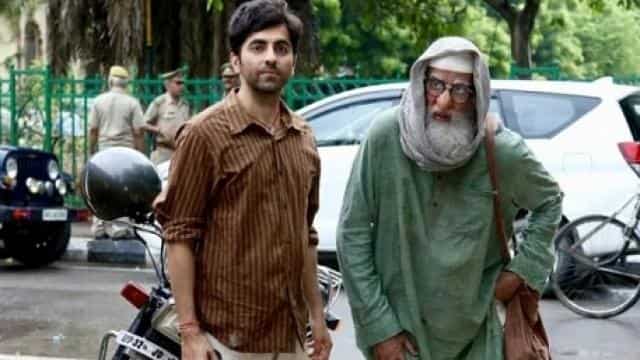 Cinemas are closed across the country due to Corona virus. In such a situation, many films are being speculated to be released on the OTT platform. Meanwhile, a decision has been taken to release Ayushman Khurana and Amitabh Bachchan’s film Gulabo Sitabo on the OTT platform. The film will have its world premiere simultaneously in two hundred countries on June 12, 2020 on Amazon Prime Video. This information has been shared by Amitabh and Ayushman themselves on social media.

Amitabh Bachchan, sharing a poster of the film on Twitter, wrote in the caption, the story of a respected man and his tenant. Amitabh is seen in a different look in the poster. At the same time, there is also a glimpse of Ayushman Khurana’s look in it. Ayushmann Khurrana, sharing the poster on Instagram account, wrote, “Booking you in advance.” Gulabo Sitabo will premiere on June 12 on Amazon Prime Video. Come again to do first day, first stream.

In the film, Amitabh will be seen playing the role of a Lucknow landlord. He expressed happiness over the film’s release on the OTT platform. He said, this is a family entertaining film and we are all happy that we are bringing it to the whole world in this way. ‘Gulabo Sitabo’ has the joy of life. This is a comedy with such drama, which all the people of the house can sit and watch together. The film is directed by Sujit Sarkar.

Army can include common people in army, consider proposal for three years