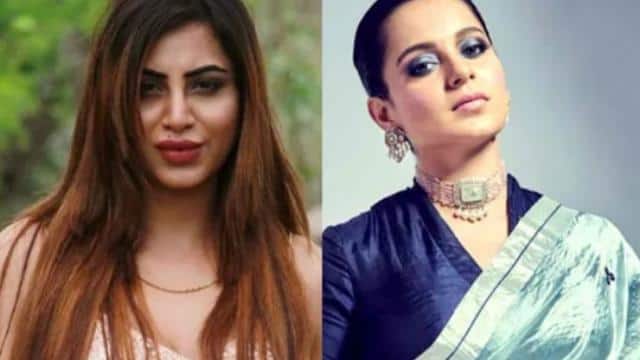 TV actress and model Arshi Khan has targeted Kangana Ranaut over the drugs case. Let us tell you that Arshi Khan appeared in reality show ‘Bigg Boss 11’ as a contestant. Arshi Khan says why Kangana Ranaut is not summoned after she confesses that she has taken drugs in the past. Arshi Khan told Entertainment Portal, “There are many places in the country where drugs are easily available. This is not only about Bollywood. Not only in the film industry, but the media and the law should question all buyers, sellers and drug users. ”

Arshi Khan continues, “Kangana Ranaut has openly confessed that she was a drug addict in the past. Bollywood’s top members used to give him drugs. Why were Kangana not questioned what drugs she consumed? Why were they not summoned? Why not ask them how many drugs they took and who provided them? Deepika’s chat is from the year 2017. How would it feel if she also said that earlier she used to take drugs but now she does not? ”

Read: Genelia Deshmukh ready to make a comeback in Bollywood, said- I have no problem in playing the role of mother

Read: Hina Khan created such a strange look for Bigg Boss 14 premiere, the dress fans with transparent jacket did not understand!

Arshi says that the government should enact strict laws against it and abolish it. Everyone should be drug tested before shooting a film in the entertainment industry. It should include everyone from star cast to production, unit boy and spotboy.