Arrived in Chandigarh for shooting by driving a car for hours from Mumbai, defeated in green, said- how long will you sit empty 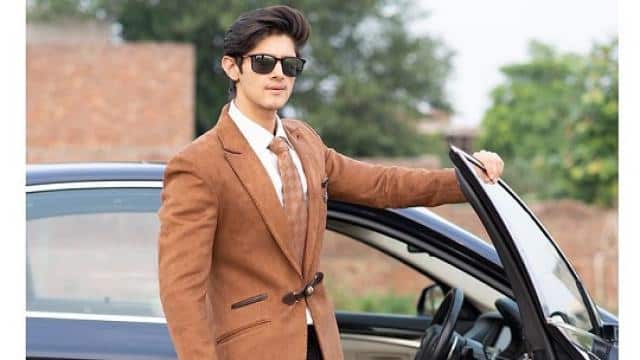 Rohan Mehra, who became famous with the TV show Yeh Rishta Kya Kehlata Hai, has become a well-known name for music albums and web series. Rohan, who was stranded in Dubai in the early days of lockdown, is currently shooting a song in Chandigarh and his song is also being seen on social media.

Talking about the shooting in Corona crisis and the new normal life, Rohan said that if there was nothing normal at present, I would have reached Mumbai from Chandigarh plane in a few moments but it did not happen. I have come here from here driving my car because I wanted to work now. Rohan says that he did not want to sit vacant at home, so he thought that now he would have to do anything to work.

He says that it has been more than four months since he was sitting at home and in such a situation artists have started facing many problems. Some people are having problems with money, while some are depressed sitting empty in the house. I didn’t want anything like this to happen to me. So I shot a project in lockdown as well and when I had nothing to do, I used to talk with my fans on social media but it was not empty.

Should MS Dhoni’s jersey number 7, one of Team India’s most successful captains, retire?

Also, on doing a bold scene in a web series, Rohan said that I was quite nervous earlier to do a kissing scene in the Class of 2020 because I had never done that. Also I was wondering if my fans would like it or not. But when people saw my web show, it gave a very good response.

‘Kasauti’ fame Aditi Sanwal spoke on the casting couch – I was…

Manasi Singh Oct 31, 2020
Mukesh Khanna, who has won the hearts of fans with shows like Shaktimaan and Mahabharata, is getting trolled on…