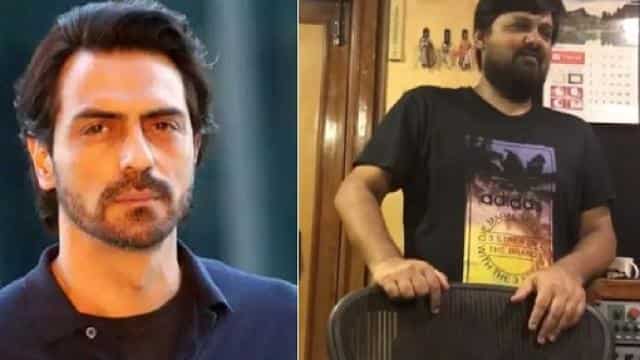 Bollywood industry is mourning the death of popular music composer Wajid Khan. No one is sure that Wajid left this world saying goodbye. All the celebrities of Bollywood have paid tribute to Wajid on social media. Meanwhile, Arjun Rampal has remembered an unseen video share of Sajid.

In this video, Sajid and Wajid are seen working on the song Eid Mubarak from the film Daddy. Listening to the song, Wajid is seen swinging in joy. He wrote in the caption of the video, “I still can’t believe Wajid left us. His talent, smile, mannerism and way of living a larger than life, broke today. gone to soon. Will miss you a lot My condolences to Sajid and his family. See you brother again. He was working on a song from Daddy. ”

Let me tell you that Sajid-Wajid had made his Bollywood debut from Salman Khan’s film Pyaar Kiya To Darna Kya and after that he gave music in many films of Salman such as Garv, Tere Naam, Tumko Na Bhool Ke Liye, Partner and all of Dabangg In parts.

Apart from this, Wajid has also given his voice in Salman’s popular songs Mera Hi Jalwa, Fevicol and Akshay Kumar’s song Chinta Ta Chita Chita. The last songs that Wajid composed were also from Salman, Pyaar Karona and Bhai-Bhai. These songs were recently released by Salman on his YouTube.