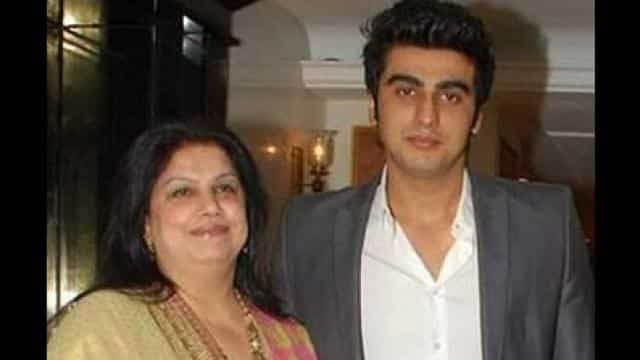 Arjun said that he did not open his room for 6 years after the demise of the mother. Arjun said, ‘When I get out of the house and come back home for the shoot and work, it feels very strange because mother will not be at home and I will not be able to share anything about my whole day schedule with her. ‘

Arjun further said, ‘I go out of the house, keep people happy and keep myself happy by working. But when I come home, there is a lot of emptiness.

Let me tell you that Mona was Boney Kapoor’s first wife. In 2012, Mona died of cancer. Arjun said that even though it has been 8 years for his mother, he still has not been able to move on. Even today, he misses his mother every moment.

The rumor of Mumtaz’s death went viral again, the actress said – why do people want to kill me

Earlier, this message was written for mother …

A few days ago Arjun remembered his mother and wrote a message for her, ‘The world of mine and Anshula came to a standstill when you left us. We tried to cover everything. Some days are good, some days are difficult. I have been serving as an actor for the last eight years. Anshula has also started her business, which is named Fankind Official. Anshula is handling the house. If I need anything, I go to Anshula. The world has changed at this time, mother. I think if you were here at this time, I would have spent more time with you. When you were together, I used to be busy taking weight loss and taking acting classes. The shooting of the film Ishqzaade was also underway and your chemotherapy. During that time I stayed away from you. Mother I love you, I check on the phone but your name does not show. I hope you will be happy wherever you are and see us. ‘