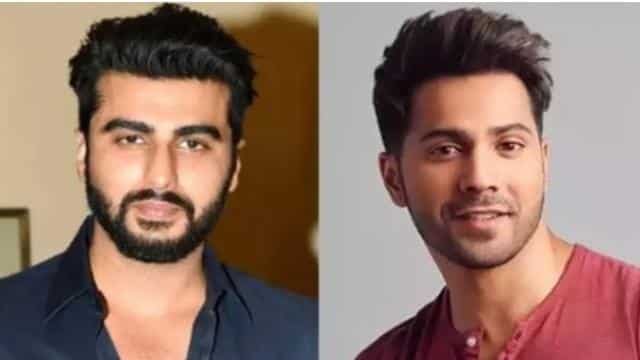 Bollywood actors Arjun Kapoor and Varun Dhawan have strong fan following on social media. Both do not hold back from pulling the legs on each other’s posts. But this time, both of them had a look at the lockdown situation. Actually, both of them have shared a meme on Instagram, which is associated with Veteran actor Mithun Chakraborty.

Both are trying to keep their fans entertained in the midst of lockdown. Sometimes by sharing throwback photos, sometimes on live chat, spending time interacting with the fans. Even Arjun Kapoor is posting many videos related to the lockdown. Mith Mithun Chakraborty is seen sitting behind a bicycle and a pistol is seen in his hand. It is written in Mim that after the lockdown is over, you are as safe as the enemy bullet behind Mithun da bicycle.

Fans are unable to stop laughing at this meme. He says the opinion of both is the same thing. Talking about the workfront, Varun Dhawan is waiting for the release of his next film ‘Coolie No 1’ soon. In this film, he will be seen romancing with Sara Ali Khan. At the same time, Arjun Kapoor is excited to start shooting for the comedy film with Rakul Preet Singh.