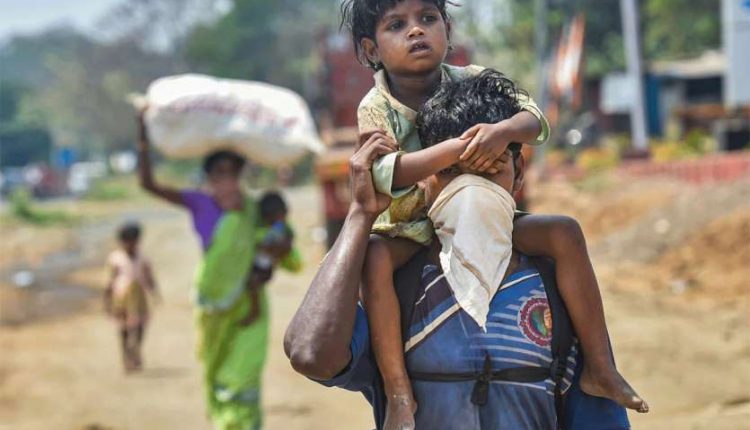 23 crore Indians below the poverty line
The status of working India, a year of Kovid said in this report, reached the national minimum wage limit of 23 crores during the epidemic. It is worth noting that the National Minimum Wage recommended by Anoop Satpathy Committee is Rs 375 per day. It was noted that although the income of the people has decreased everywhere, the impact of the epidemic has been very much on the poor households. In April and May last year, 20 percent of poor families lost their entire income.

The rich lost less
In contrast, wealthy households lost less than a quarter of their pre-epidemic income. During the entire eight-month period (March to October), an average household at the bottom of 10 percent suffered a loss of Rs 15,700, or was forced to make only two months of income. Further, according to the report, during the lockdown of last year, about 10 crore people lost their jobs during April-May 2020 across the country. About 15 million workers remained out of work until the end of 2020. Most were back at work by June 2020, but even by the end of 2020, around 15 million people remained out of work.

Most people in these states became unemployed
According to the report, there was a decline in income. Average monthly household income (Rs 4,979) per person in October 2020 was below its level in January 2020 (Rs 5,989). Areas such as Maharashtra, Kerala, Tamil Nadu, Uttar Pradesh and Delhi lost the maximum number of jobs. During and after the lockdown, 61 percent of working men remained employed and 7 percent lost employment and did not return to work.

47 percent women lost their jobs
For women, only 19 percent were employed and 47 percent suffered permanent job losses during lockdown and did not find employment until the end of 2020. The report showed that young workers were the most affected due to Kovid. In the age group of 15-24 years, 33 per cent of the people did not get employment till December 2020 while 6 per cent of the people between 25 and 44 years had lost employment.