Anushka Sharma shared the experience of pregnancy, said- now understood how to worry more than others. 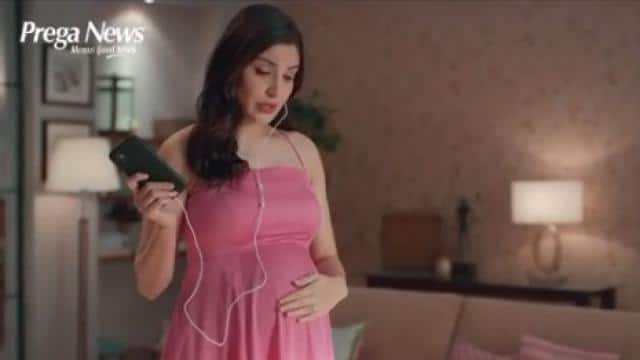 Actress Anushka Sharma is going to be a mother in January. Little guests are coming to Virat and Anushka’s house and millions of fans of both of them have been waiting for this for a long time. Meanwhile, Anushka Sharma has shared her pregnancy feeling with fans. Anushka Sharma said in a new advertisement in Prega News, ‘When do you care about anyone more than yourself. If you want to know then keep watching. Mother used to say the truth that if you become a mother then you will understand what it is to think of someone more than yourself. I understand this now. In this ad, Anushka Sharma is seen talking about her feeling of becoming a mother while showing her baby bump.

Kareena Kapoor Khan shares her photo while flaunting her baby bump, Pregnancy Glow on her face

Anushka Sharma shared this video from her Instagram account. Not only this, while sharing this ad of PregaNews, Anushka wrote, ‘It is amazing or not. How two small pink lines can change your life? See, I have shared my pregnancy experience with PregaNews. ‘ Fans are also commenting a lot on this video of him. One user wrote, ‘Looking Gorgeous’. At the same time, a user wrote, ‘Love you very much beautiful.’ Anushka Sharma and Virat Kohli are about to experience parenting for the first time. The two married in 2017 and are waiting for a new guest to arrive in January.

Not only this, Virat Kohli is going to return to Paternity Leave from Australia tour of Indian cricket team. It was recently the third wedding anniversary of Virat Kohli and Anushka Sharma. On this occasion, Anushka Sharma, while sharing the picture of the wedding of both, wrote, ‘Our three years and soon we will be three. Miss you.’ Please tell that Anushka Sharma is currently in Mumbai with her parents. Anushka Sharma recently returned to Mumbai after spending time with her husband during the IPL in Dubai.

Let me tell you that recently Anushka Sharma said that she will return to work in May after giving birth to the child next month. In an interview to the Times of India, Anushka Sharma said, “I will return to work soon after giving birth to a child.” I will try to create such a system at home, so that there can be a balance between the child, family, home and professional life. I want to work for as long as I can because acting really makes me happy.

RBI has introduced new rules for check payments, will be applicable from January 1