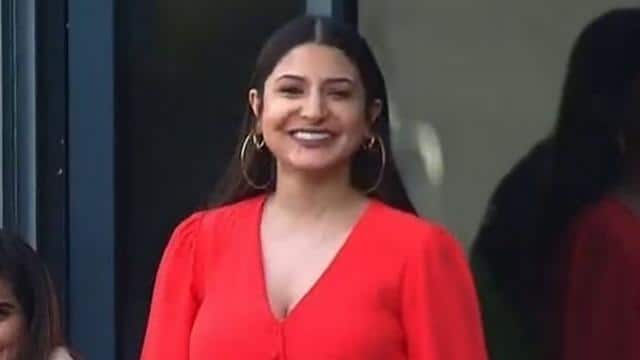 Anushka Sharma is enjoying her pregnancy period these days. He is in Dubai with Virat Kohli. Anushka Sharma’s photo has surfaced cheering Team RCB in the stadium. In this, she is seen flaunting baby bump in red dress. She looks very cute with a big smile on her face.

Earlier, Indian cricketer Virat Kohli shared a romantic photo with Anushka Sharma on social media. The sun was seen in the background and both were seen taking romantic poses in the swimming pool. Please tell that Anushka Sharma has recently given information about pregnancy. Little guests are coming to their house.

Anushka was seen in the film Zero. She was accompanied by Shah Rukh Khan and Katrina Kaif in the lead roles in the film. The film was a flop. Anushka has not signed any film since this film. However, there are reports that she will sign new projects after having a baby.

Apart from this, Anushka Sharma shared some photos on social media wearing Peachy Color Dangri. Anushka’s baby bump was clearly seen in this outfit. Along with this, pregnancy glow was also seen on Anushka’s face.

Anushka was praised by fans as well as Bollywood celebs on this photo. Also, the fans had also told Anushka to take care of herself.