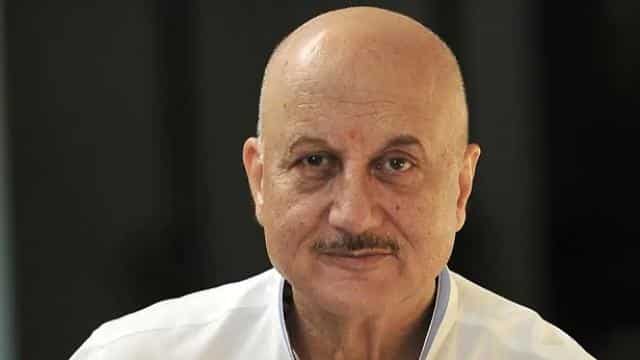 Anupam Kher is very active on social media. He keeps sharing many fun posts. These days he is posting a lot about the lockdown, but the post he has shared recently is being liked on social media. Actually, Anupam has shared a photo of a pair of shoes. In this photo, there are coplanes of plants on the shoes. While sharing the photo, Anupam wrote, ‘Lockdown effect’.

Let us know that Anupam has recently completed his 36 years in the film industry. His first film was released on the year 1984. In this, he played the role of an elderly father, for which he was highly praised. After this, he never looked back. He played every character with seriousness and made a special place in the hearts of people.

On this special occasion, Anupam has thanked people by writing a post on Twitter. He wrote, ‘My first film was released on 25 May 1984. I have completed 36 years in the world of cinema. It has been the most incredible journey ever. My audience gave me a lot of love. Thank them for this. Anything can happen.’

My 1st film #Saaransh was released on 25th May, 1984. I complete 36 years in the world of entertainment today. It has been an incredible journey so far. God has been kind. And you, my audiences have given me so much love. THANK YOU !! 4 # 36YearsOfAnupam #KuchBhiHoSaktaHai pic.twitter.com/rFpBVHMK3F

Let me tell you that Anupam played the role of BW Pradhan in ‘Summary’, which was an elderly role. He was 28 at the time. In the film’s story, Pradhan’s young son dies in New York. To get the son’s ashes, he has to make frequent trips to government offices and a bribe is also demanded from him. The film was directed by Mahesh Bhatt.