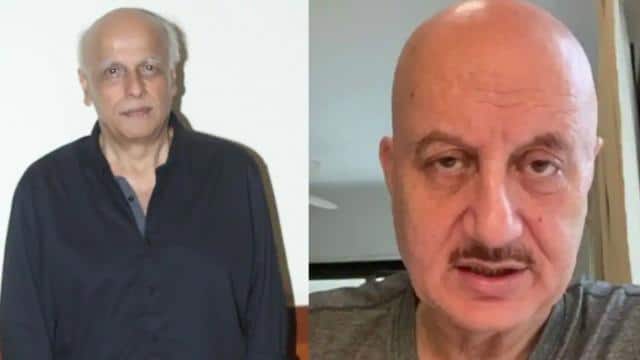 It has been two months since Sushant Singh Rajput passed away. In this case, new revelations are happening every day. However, it is not yet known why he took a suicide-like move. Mahesh Bhatt has also been accused in the Sushant case. Now actor Anupam Kher has put his point on this matter. Anupam Kher has supported Sushant and his family from the beginning.

Anupam Kher praised Mahesh Bhatt during a conversation with Times Now. He said that I want to give him a benefit of doubt (he doubts that he wants to trust). Anupam said that he will continue to do so until he is proved guilty or himself comes forward and does not comment on the case.

Anupam said that he often goes to Mahesh Bhatt to get advice related to life. He also said that Mahesh Bhatt does not need his support and that he is a person who can fight his own battle.

Earlier during an interview, the late actress Zia Khan’s mother Rabia made serious allegations against Mahesh Bhatt. During an interview with India Today TV channel, Rabia Khan made a big disclosure about Mahesh Bhatt. Rabia was asked if her daughter Zia was struggling with depression, due to which she committed suicide. In response, Rabia said that no one says this except Mahesh Bhatt.