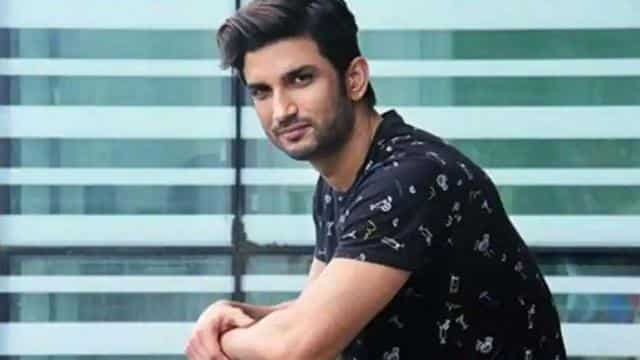 Bollywood actor Sushant Singh Rajput committed suicide by hanging himself in his house on 14 June. Now the news is coming that they are planning to become another film. Earlier, an announcement was made to make a film on the life of Sushant. Now filmmaker Sanoj Mishra has announced to make another film on Sushant. It will be named ‘Sushant’. However, Sanoj has also revealed that the film will not be a biopic. It will show the story of those who struggle to fulfill their dreams. It will be shown how they have to struggle to make a mark in the Bollywood industry.

Let us tell you that Sanoj has made films like Gandhari, Ram Birthplace, Lafange Nawab and Srinagar earlier. Sanoj says that this film will be the story of all those who are forced to take some drastic steps in the Bollywood industry, are hailed. The production of this film will be handled by Road Production and Sanoj Mishra Films. It will be shot in Bihar and Mumbai. Sanoz says that many people have returned to Uttar Pradesh and Bihar due to the lockdown. This will make it easier to shoot the film in both these places.

Let us tell you that even before that, filmmaker Vijay Shekhar Gupta decided to make a film based on Sushant’s life. The name of this film will be ‘Suicide’ or ‘Murder’. Vijay has released the poster of the film. Vijay said, “I am making this film so that the monopoly of the big stars and production houses in the film industry is eliminated.”

He said, ‘My story will contain everything that has happened to Sushant. They together boycotted it, social boycotted, removed it from many films. ‘ Vijay says that his team is engaged in research and the work of writing the story of the film is going on.

Who will be an actor
According to reports, Vijay has finalized the new actor for this film and the rest of the cast is being finalized.