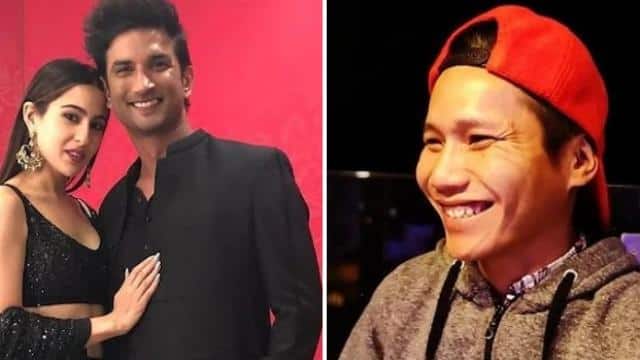 Sara Ali Khan made her Bollywood debut with Sushant Singh Rajput from the film ‘Kedarnath’. In the film, the chemistry and acting between the two stars was liked by the people. At the same time, Samuel Haokip, now a friend of late actor Sushant Singh Rajput, has alleged that Sara and Sushant were also in love off screen. In a special conversation with ETimes, Samuel said that in my time, Sara and Sushant had a breakup. After this, Riya Chakraborty came into Sushant’s life. I always felt that Sushant never did the bond he shared with Sara.

Samuel further says that I also told in my post that both of them used to respect each other a lot. Both poems shared with each other. Watching the two together always felt like a movie. There was also respect when the two used to spend time with each other and flirt. They knew that there were people around. Whatever Sushant used to say or do, he used to look at the smile on Sara’s face. The energy of both of them seemed quite pure.

Irfan Khan’s son Babil wrote a post for Sanju Baba, said – you will win the battle and come back, I know

Let us tell you that Sushant and Sara were rumored to be dating during the shoot and release of ‘Kedarnath’. However, now Sushant’s friend confirmed that they were in love. But after the flop at the box office of Sushant’s film ‘Sonchiriya’, released in 2019, Sara broke up the relationship.