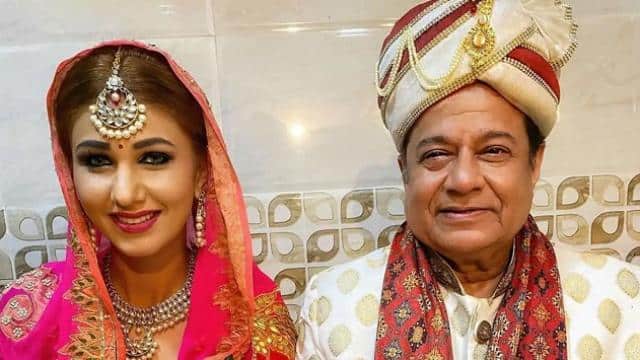 Anoop Jalota and Jasleen Matharu remain in the news for their relationship. Recently, a photo of both of them became quite viral on social media, which led to the saying that they both got married. Although this is not the case, the photo is from the upcoming film of the two. Now in an interview, Anoop said that even if he were 35 years old, he would not have married Jasleen.

In an interview to E-Times, he said, ‘Even if I was 35 years old, I would not have married Jasleen. His modern and glamorous dressing sense does not work in my family.

Clearing his point, Anoop said, ‘I am not judging his dressing style. I am just saying that according to the people living with me they do not like it. We are the dhoti-kurta who sing devotional songs.

Anoop said about the viral photo, ‘Many people congratulated me after the photo went viral. I would tell them that you too are happy. Now what else would I say to those who believe such photos? Now those who have doubts that I and Jasleen have got married, then I tell them clearly that no, we have not married.

Anoop had earlier said about the film, ‘Our film’s name is’ Woh Meri Student Hai’. The photo that went viral is a dream sequence where Jasleen is getting married and I am her father. In many marriages, even the father wears a turban and a baraati. The picture is not faked, it is from the film’s set. The film is still shooting for about two days. Photo is being misrepresented ‘.