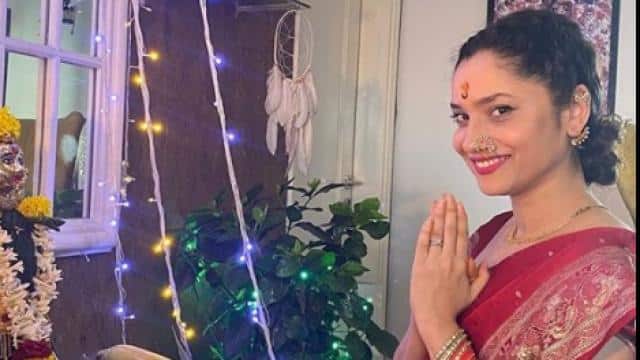 Sushant Singh Rajput’s girlfriend Riya Chakraborty has responded to all the allegations leveled against her in an interview given to Aaj Tak TV channel. During this, Riya claimed that Sushant Singh Rajput had also met a psychologist in 2013. Riya says that the late actor himself told this thing to him. Apart from this, Riya talked about talking on the phone of Sushant and Ankita Lokhande after the breakup. Now Ankita Lokhande has issued an explanation on social media dismissing all this claims of Riya.

Ankita Lokhande writes – ‘I and Sushant were together till 23 February 2016. He was not in any condition of depression nor went to any psychiatrist. He was completely fine. ‘

Ankita further wrote – ‘I did not say on any platform that I and Sushant were in touch after the breakup. In fact, I said that during the shooting of the film Manikarnika, Sushant had congratulated me by commenting on a poster of my film. Which was shared by my friend Mukesh Chhabra. I answered him curtly. In such a situation, Riya’s claim that I and Sushant spoke on the phone is wrong.

Ankita further writes – ‘Even till now I have said the same thing in all the interviews. When me and Sushant were together, he was not in any kind of depression. We used to dream with his success and I would pray and he would succeed. This is what I have said so far. If I am asked any question about Riya, I have clearly said honestly that I do not know her and I do not care about their relationship. Knowing someone’s life makes a difference to me and if we are asked questions when we were together, I answer honestly and tell the truth. ‘

Ankita further says – ‘So I am still standing with the truth and family. Riya is the reason for his death in the eyes of the family. They have chat and evidence, which cannot be ignored. I am with family and will stay till the end. ‘