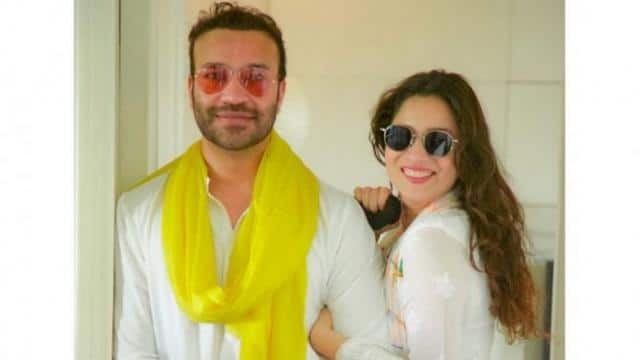 After several years of breakup with Sushant Singh Rajput, Vicky Jain came into Ankita Lokhande’s life. Ankita and Vicky met through a friend and the two then became friends. Gradually, this friendship turned into love. Ankita keeps sharing many photos with Vicky. Now after Sushant’s death, Vicky has closed the commentbox section on his Instagram account. Now no one will be able to comment on Vicky’s post.

Let me tell you that Ankita had told in an interview a few days ago that she is missing Vicky a lot in lockdown. He had said, ‘I make a video call to Vicky and yes these days I am missing him a lot. He is currently in Bilaspur where he is with his family and taking care of them ‘.

Now Aarti Singh recently told that she had spoken to Ankita. Aarti told the Times of India that after Sushant’s death, he spoke to Ankita, to know whether he is now well or not.

Aarti said, ‘It was only through Ankita that I knew Sushant. He fought very well and was quite motivating. I spoke to Ankita and asked if she was alright. Ankita needs her space now and I too let her stay in her space ‘.