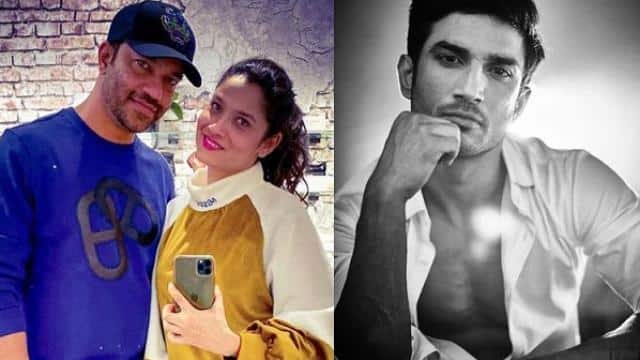 It has been 2 months since the death of Sushant Singh Rajput on 14 August. Now on Saturday, Global Prayer Meet has been held for Sushant. Ankita Lokhande’s boyfriend Vicky Jain has appealed to everyone to be a part of this love. Vicky wrote on Instagram, please join hands and share your photo, be a part of Sushant’s global prayer.

Pooja kept at home in memory of Sushant, will be emotional after seeing father in video

The Sushant Singh Rajput case is under investigation and in the meantime recently it was reported that Sushant was filling the installment of Ankita Lokhande’s flat with his account. This news quickly became viral on social media, after which Ankita reacted to it. Ankita has shared photos of installment and flat paper, which are cut every month from her bank account on social media.

Ankita shared these photos and wrote, ‘Here I stop all speculation. This is the registration of my flat and complete details of my bank accounts from 1 January 2019 to 1 March 2020. Every month the EMI of the flat is deducted from my bank account. I can’t say anything more than this.

Ankita gave clarification on the news of filling the EMI of the flat with Sushant, then boyfriend Vicky said this

Know who used to withdraw money from the account, apart from Riya, who knew the PIN of ATM

New revelations are happening everyday in the Sushant Singh episode. Samuel Miranda, on whom Sushant’s family lodged a case after his death, became Riya’s favorite. At the behest of Riya, Samuel has also withdrawn money several times.

On November 14 of 2019 last year, Samuel withdrew two lakh rupees from Sushant’s account. 20–20 thousand taxes were extracted from the ATM. According to sources, Riya was aware of all these things. Samuel used to withdraw money in hiding from Sushant. He was also informed about the pin numbers of Sushant Singh’s cards. However, after the investigation is complete, there may be more disclosures in this case.

Who else knew about Sushant’s account and the investigation team will also know about it. It is also being speculated that a small amount was deliberately withdrawn from Sushant’s account so that he does not have any kind of doubt. It is worth mentioning that the family of the deceased actor has also alleged in the FIR that a huge amount was gradually transferred from Sushant Singh’s account in one year.

Tax evasion will not be easy, from medical to property tax will have to be shown in Form 26AS