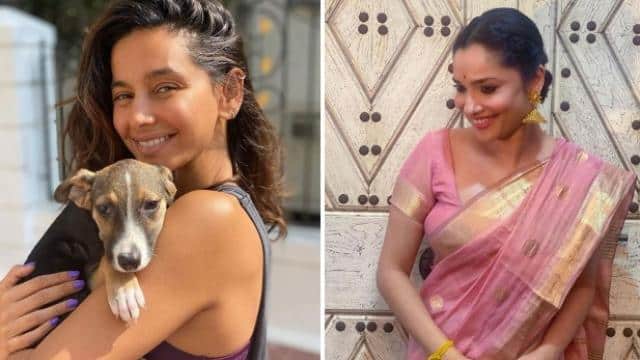 Riya Chakraborty has been arrested and sent to judicial custody till September 22 in the case of Sushant Singh Rajput’s death. He is currently lodged in Byculla Jail in Mumbai. Meanwhile, Sushant’s ex-girlfriend Ankita Lokhande wrote a lengthy post on social media. Through this post, Ankita targeted Riya and raised many questions. But Ankita did not like Riya’s friend Shibani Dandekar to do so. She wrote the post for Ankita Lokhande on social media. Shibani wrote, “This woman clearly wants a two-second fame. Riya is furiously targeting. While she could never manage her relationship with Sushant. He was behind all these things, now it is necessary to surround them. ‘

This post by Shibani Dandekar did not get down everyone’s throats. Many fans have come in support of Ankita Lokhande on social media. Everyone is taunting Shibani and asking who knows them. One user wrote that no one has asked you (a criminal’s friend) for advice. We have seen how good Riya was in her relationship. A person is being brought down repeatedly, Ankita Lokhande is already famous, she does not need two seconds of fame, just like you.

Selectively Smashing patriarchy. Supporting one woman and defaming other two?
Its quite evident Ms. Dandekar how biased you are #AnkitaLokhande https://t.co/Ull4HP4SO1

Ankita does not need two minutes of fame, she already has plenty of it … whereas Shibani, better known as Farhan Akhtar’s gf, maybe she does😒😏

Nobody needs advise from a criminals bestie we have seen how good is rhea in her relationship blaming deceased person continuously and #AnkitaLokhande is already famous she dont need 2sec fame like you want .. https://t.co/p0oIeKEwiP

Nobody needs advise from a criminals bestie we have seen how good is rhea in her relationship blaming deceased person continuously and #AnkitaLokhande is already famous she dont need 2sec fame like you want .. https://t.co/p0oIeKEwiP

Ankita wrote in the post, “I am being asked again and again, do you think this is murder or suicide?” So, let me say that I have never said that it is murder or any special person is responsible for it. I have always spoken of justice for my late friend Sushant Singh Rajput and I stand with his family and the investigating agencies should bring out the truth. ”

Ankita questions Riya. She further wrote “Should she have allowed a depressed person to take drugs when she was well aware of Sushant’s mental condition that he was in depression?” What kind of help is this? His condition had deteriorated so much that any person would take the same steps that Sushant allegedly took. She was the closest to Sushant at that time. On one hand she says that she was co-ordinating with all the doctors for Sushant’s health, on the other hand she was in contact with people involved in drugs for him.

“Will there be anyone who says he loves someone very much?” Will he ever allow that person to take drugs? While he claims that he is aware of the mental state of the person. will you do that. I don’t think anyone would do that, “says Ankita.” According to him, he had told Sushant’s family about the treatment, but did Sushant take drugs? I am sure this would not have happened because perhaps she enjoyed it herself and that is why I think it is karma. ”