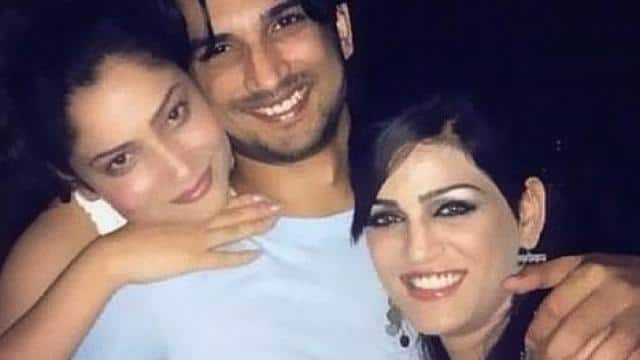 Ankita Lokhande was not only close to Sushant Singh Rajput but also his family. She also had good bonding with Sushant’s sister Shweta Singh Kriti. Actually, Sushant’s fans have shared some old photos of Ankita, Sushant and his sister Shweta which are now going viral on social media. In these photos, see how the trio had fun together.

By the way, after Sushant’s death, Ankita also went to meet his family members.

Explain that Ankita Lokhande was the only girl in Sushant’s life that his father knew.

When asked by KK Singh about the breakup of Sushant and Ankita, he said, now it is Sanjog, what has to happen, it is done.

When Ankita Lokhande was scared to see her unconscious on stage, Sushant Singh Rajput, the video is going viral

When Sushant said, I want to be with Ankita

You all know about the relation of Sushant and Ankita Lokhande. The two stayed with each other for many years. Not only this, the pair also loved the fans. However, after a few years together, the two had a breakup. When Sushant was in a relationship with Ankita, during an interview, he said, ‘Ankita lives with me with a lot of patience and love. She is always happy with me. She is very beautiful and I love her very much. I do not want to take a chance on them. I want to be with Ankita ‘.