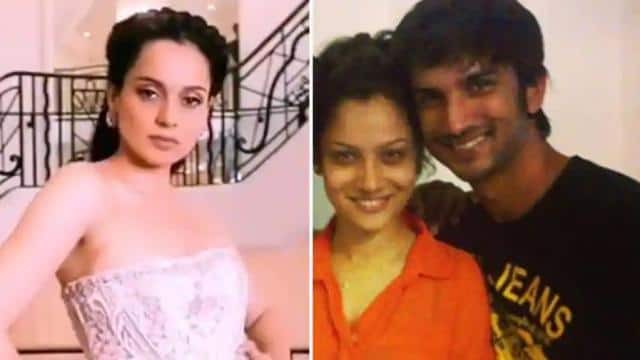 It has been a month since the demise of Bollywood actor Sushant Singh Rajput. Meanwhile, Kangana Ranaut has been continuously targeting many celebs regarding nepotism. Now he has told that he had talked to Ankita Lokhande after Sushant’s death. He told Kangana that Sushant Singh Rajput was greatly insulted.

Milind Soman’s photoshoot was done 31 years ago, he was surprised to get so much fees

Kangana said that but there was one thing that Ankita told them that Sushant used to get upset very quickly. He used to fight with fans on Twitter when he was new. He used to ask them why do you think of me like that? Why did you say that about me? I am not the kind of person you said. Ankita told me that she used to always tell Sushant that all this would happen. Everyone’s view of you is different. Why do you bother about these things? But they did not tolerate all this. It made a big difference to what people think of them.