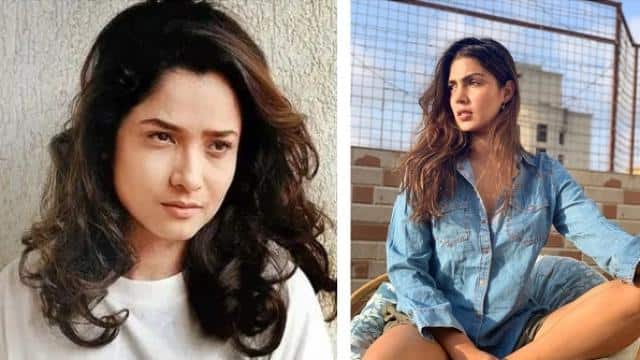 Ankita Lokhande is now speaking openly in Sushant Singh Rajput case. Recently he has given his reaction when Riya Chakraborty leaves Sushant. Actually, Ankita while talking to India Today said, ‘I cannot say anything about Riya and Sushant. I do not know what happened and I am no one to talk about it. But I am with Sushant’s family because if you accuse someone, you will definitely have some proof. So I am with Sushant’s family ‘.

When Riya left, Ankita said, ‘I came to know that Riya left him on 8 June. But my Concerns are not Riya. My Concern is Sushant and his family. But if you come to know that Sushant is not well, then how can you leave someone like that? You should have told their parents. I would have done this Nobody is saying that you stay but you could tell the family. But was not to be left alone ‘.

Ankita Lokhande said – had not been in contact with Sushant Singh Rajput for four years, good bonding with actor’s family

Earlier Ankita said while speaking to Republic TV, ‘Sushant was never in depression. I had not seen a person like Sushant. He used to write a diary while we were in a relationship. He used to write his future plans. He wrote that he would reach a point in the next 5 years and believe me he was there in 5 years. Now think how the person who used to plan his future could live in depression. I can say on Dunke’s injury that he could never be depressed. He used to seek happiness in every little thing. He wanted to do farming. I was aware of this. He used to say that if nothing happens I will make my short film. I don’t want people to remember him like he was depressed. He was a hero ‘.

You can earn up to 1 lakh rupees sitting at home from solar plant, learn how to start business