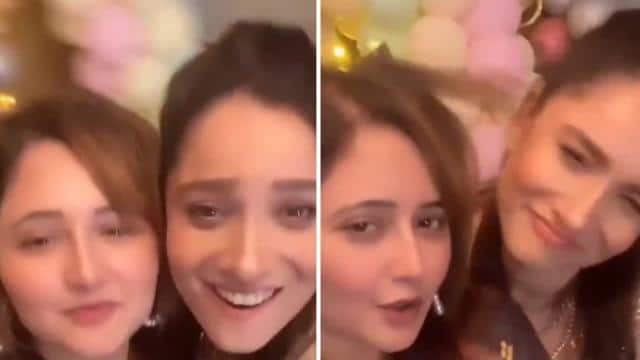 Actress Ankita Lokhande celebrated her 36th birthday on Saturday. In such a situation, he had a grand celebration party at his house. It featured well-known faces from TV and Bollywood industry. Apart from this, Rashmi Desai shared a dance video with Ankita Lokhande, in which Sushant Singh Rajput’s friend Sandeep Singh was seen. Ankita Lokhande has been the target of fans since then. After watching this video, the fans say that no one is sad for Sushant’s departure. Everybody is gimmicky.

In the video, you can see Rashmi Desai and Ankita Lokhande dancing to Nora Fatehi’s song ‘Summer’. In the middle of the video, Ankita tries to snuggle up with her boyfriend Vicky Jain, in the middle of which Sandeep Singh is seen.

One user commented on the video, wrote, “Cheap drugs, Sushant Singh Rajput has never been in your league. Ankita is here, that too with people like Sandeep Singh. ” Another user writes, “Wow, what a pity Sushant Singh Rajput is going, all are gimmicks. Here we are full, justice is not available and the dance is on. ”

Please tell that Sandeep Singh has been calling himself Sushant’s friend. His name came up in Sushant Singh Rajput case. After Sushant’s death, Sandeep Singh was seen in his action and every picture of Cooper Hospital in Mumbai. Also, when Ankita Lokhande reached Sushant’s house to meet the police, Sandeep had also appeared with her.

Petrol Diesel Price Today: Petrol and diesel prices are the same for two weeks, know how much to pay