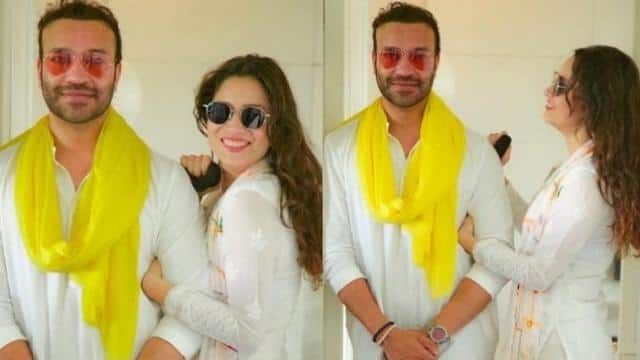 Ankita Lokhande is now talking openly on Sushant Singh Rajput case. Now during a recent interview to Times Now, Ankita said that she is dating Vicky Jain. Ankita said, ‘Both me and Sushant had moved on in their lives. I am dating Vicky Jain and am happy with her ‘.

Let me tell you that Ankita was severed after the breakup with Sushant. But then Vicky Jain came in Ankita’s life. Ankita and Vicky met through a common friend. After this, the two met many times and then both fell in love. Ankita shares romantic photos with Vicky. She celebrates every festival with Vicky.

Ankita said during this time that she has a deep bond with Sushant’s family and that she will stay with the family in difficult times. Ankita also said, ‘I just know that Sushant cannot commit suicide due to his career. There is definitely some other reason behind this. ‘

If Riya knew that Sushant was ill, then why leave him alone

In an interview to India Today, when Rita left Sushant, Ankita said, “I came to know that Riya left him on June 8. But my Concerns are not Riya. My Concern is Sushant and his family. But if you come to know that Sushant is not well, then how can you leave someone like that? You should have told their parents. I would have done this Nobody is saying that you stay but you could tell the family. But was not to be left alone ‘.

From tomorrow, 12 percent amount will be deposited in EPF account, your pocket will also be affected.