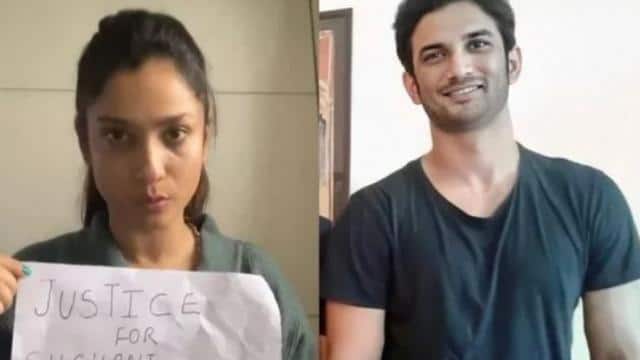 Ankita Lokhande has shared a video on social media after Shweta Singh Kirti, sister of late Bollywood actor Sushant Singh Rajput. He has demanded a CBI inquiry into the actor’s case. In the video, Ankita holds a placard in her hand, written on it, justice for Sushant. Let us know that on Thursday, who will investigate Sushant’s case, the Supreme Court has made it clear. The Supreme Court says that Mumbai Police, Bihar Police and CBI will investigate the death case of the actor.

Earlier in an interview with actress Ankita Lokhande, Sushant could never be depressed. Sushant did not join the social circle since he met Riya Chakraborty. Apart from this, he had also kept distance from his family. Ankita was seen supporting Sushant’s family in the latest video. Actually, the actor’s family is fighting a case in court that the case be handed over to the CBI. Earlier, Sushant’s sister Shweta Singh Kirti also shared a video saying that it is time to find the truth and get justice. Please help our family and the whole world to know what is true, so that a conclusion can be reached. Otherwise we will never live a peaceful life. Raise your voice for the CBI investigation of Sushant case. While replying to this tweet of the actor’s sister, Ankita wrote, “We will find out the truth and we will also get justice.”

Let me tell you that in the Sushant Singh Rajput case, ever since his father KK Singh had lodged an FIR against Riya Chakraborty in Patna, after making serious allegations, new diversions started happening. At first, the Bihar police alleged that the Mumbai police did not cooperate with them in the investigation. Then later Bihar Chief Minister Nitish Kumar recommended the case to be investigated by the CBI.

Suspect Singh Rajput suspected suicide of a doctor, said – beyond my understanding that he finished himself

Recently, the Central Government handed over the case to the CBI. The CBI has also started an investigation by registering an FIR against several people, including Riya Chakraborty and several members of his family.