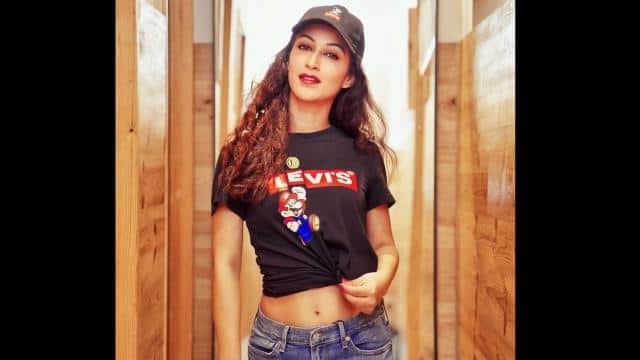 Actress Sunayna Faujdar, who played Anjali Bhabhi in the comedy show ‘Taarak Mehta Ka Ooltah Chashma’, has done a great dance on the song Hussan Hai Suhana of Coolie number one. Sunayana Faujdar has shared the video of her dance on Instagram, which is being liked by many people. Not only this, Sunayna wrote in the caption with her dance video, ‘Proud to be in the 1990s. These songs have inspired me to dance and act. His dance before the release of Coolie number 1 movie is being well liked. On Christmas, this movie of Varun Dhawan and Sara Ali Khan has been released, which is a remake of 1995’s Coolie No.1 film by Govinda and Karisma Kapoor.

With this video, Sunayna Faujdar has tagged the old movie actors Govinda and Karisma Kapoor. Apart from this, he has tagged Varun Dhawan and Sara Ali Khan, who act in the new movie, that you guys can re-create this song. Commenting on this video of Sunayna Faujdar, people said that your performance is also fantastic.

One user wrote, ‘Mam, your acting skill is fantastic. I am your big fan. ‘ Another user, referring to his character in the Tarak Mehta show, wrote, ‘Anjali Bhabhi … Mehta Sahab has not eaten pizza.’ Sunaina Faujdar, who plays Anjali Bhabhi in the comedy show Taarak Mehta Ka Ooltah Chashma, is very hot in real life. She often shares her photos on Instagram. He has also shared his picture of Christmas celebrations on Instagram.

Sunayna, who was part of the show at Anjali Mehta’s place some time ago, said that the audience has the right to give good or bad feedback about us. It is because of them that we are. So we are ready to listen to the positive or negative feedback of the audience. He says that I only focus on entertaining the audience. I can work in my own way, comparing and giving feedback is the right of the audience.

This 1 rupee coin will change your life, can earn 9 million 99 million