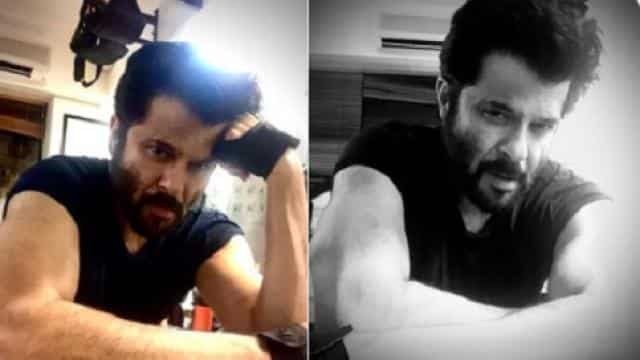 Bollywood actor Anil Kapoor is focusing on his fitness these days. Meanwhile, he has shared many of his pictures in which he has been seen flaunting his biceps. Now Anil is learning to take a selfie in lockdown. He has shared his selfie photos on social media, on which his son-in-law Anand Ahuja has reacted.

It is clear from looking at the photos that they have clicked these pictures after workouts. He is seen flaunting his biceps. He wrote in the caption, “Who says you can’t teach an old person new things. Right now I’ve taken my timer selfies. I think I’m going to click a lot of selfies after this. Son-in-law on this post Anand wrote, “Where is the old man? I see a young person.”

Amitabh Bachchan shares photos, asks fans – what is the space between eyebrows called?

Who says you mean teach an old dog new tricks! Just took my first timer selfies! I think now happening be taking a lot more after this! #learningeveryday #uppingmyselfiegame pic.twitter.com/taMwyZUf47

Let us know that recently, Anil Kapoor’s daughter Riya Kapoor shared her old pictures. These pictures of Anil were of different times. One of the pictures Riya mockingly described as Dwapara era. These pictures of him were fiercely viral on social media.