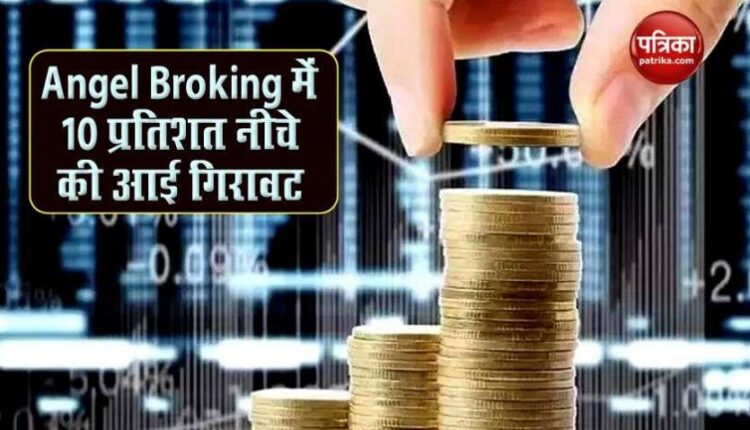 new Delhi. Angel Broking shares: Today was a very bad day for those who put money in the market. Because the beginning of the stock market was very weak. And its shares are listed at a discount to the issue price. Today, those who put money in its IPO (angel broking ipo) have suffered losses instead of profit, the issue price of Angel Broking was at Rs 306 per bounce, but it is listed at Rs 275 in the stock market. That is, those investing in Angel Broking’s IPO have suffered losses of about 10.13 per cent.

Angel Broking, one of the oldest stock broking companies in the country, opened on 22 September and closed on 24 September. The company has raised Rs 600 crore through this IPO. Of this, 50 per cent has been raised through OFS.