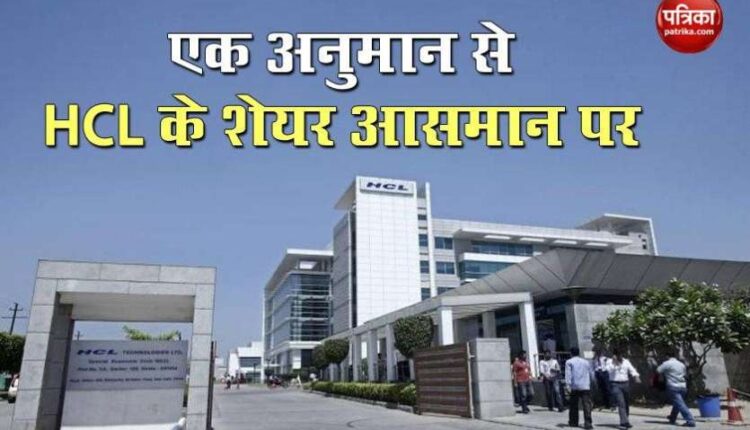 new Delhi. HCL Technologies, one of the largest tech companies in the country, forecasts September quarter earnings and profits. According to this estimate, the company’s earnings could grow from 1.5 per cent to 2.5 per cent over the previous quarter. Since then, the company’s shares are seeing a boom. Currently, the company’s shares have risen by more than 10% to reach a height of 52 weeks. Due to which the investors of the company have got filled. Let us also tell you what kind of estimate has been made by the company.

Also read: Petrol and Diesel become cheaper again, know how much the price has become in your city

HCL estimates quarterly results
HCL Technologies has said that we have seen a lot of strength during the quarter, and we have firmly implemented our plans. According to the company, led by Life Sciences and Healthcare, Telecom and Media and Financial Services verticals continue to grow well this quarter. According to the company, EBIT (earnings before interest and taxes) for the September quarter is expected to range from 20.5 per cent to 21 per cent.

Also read: About 1.75 crore small shops are on the verge of closure, this report revealed