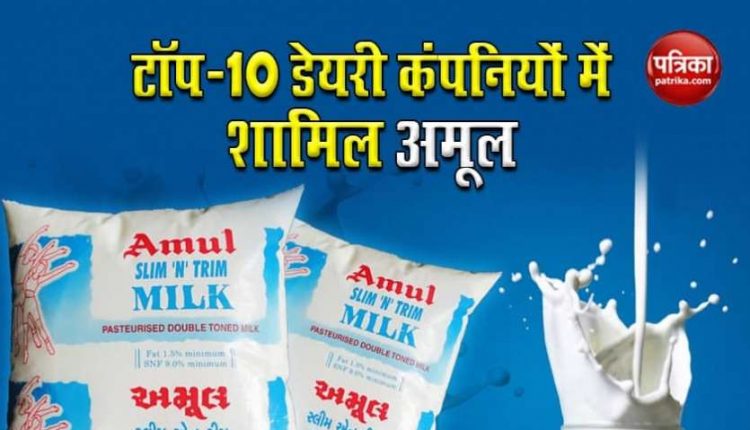 new Delhi. The Amul company, which makes dairy products ranging from milk and curd to askrim and chocolates, has become a part of Indian households. People like to buy Amul products from everyday to special occasions. This is the reason why the company is continuously touching the highs. Recently it achieved another new achievement. The company ranked eighth in the ranking of IFCN. With this, Amul has joined the list of top-10 dairy companies in the world.

This information was given by RS Sodhi, Managing Director of Gujarat Cooperative Milk Marketing Federation through tweet. He said that Amul was at 18th place in the 2012 ranking, but this time the company has made the leap and has succeeded in making it to the eighth position. Recently the company completed its 75 years. The company started business in 1945–46. Its foundation was laid by Sardar Vallabhbhai Patel. It started under the cooperative scheme. The company first launched the Bombay Milk Scheme.

Production of 3.3 million liters of milk daily
When the company started its business it had a capacity of only 250 liters per day. But now it has increased to about 33 lakh liters daily. At present, the company has a total of 7.64 lakh members. The company’s daily handling capacity is up to 5 million liters. Amul is said to provide 1.2 percent of the world’s milk production.