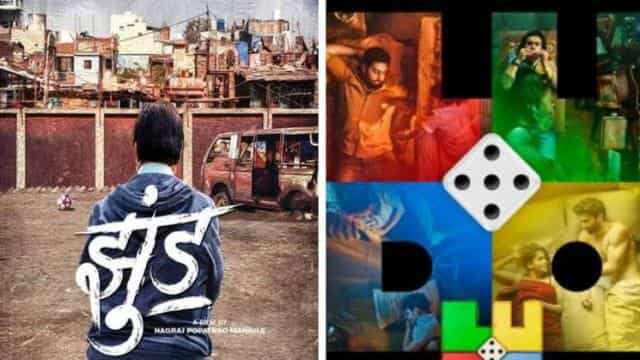 Corona virus in the world is not taking the name of havoc. The film industry has not survived this either. Theaters have been closed in view of the safety of the people. For this reason films are not being released. The film industry is losing crores due to Corona. Now some makers have decided to release the films on the OTT platform. As reported by Bollywood Hungama, the OTT platform Amazon Prime is set to release ‘Ludo’ and ‘Jhund’ soon. Because the OTT platform Amazon Prime has bought the rights to ‘Ludo’ and ‘Jhund’.

Both these films are of T-series production and are set to release on the online platform. Given the long lockdown period, the makers felt that it would be better to release ‘Ludo’ and ‘Swarm’ on digital platforms instead of waiting for theatrical release. However, it has not been announced officially yet.

After 2 months Priyanka Chopra came out of the house wearing a mask, a photo of the share

Director Anurag Basu’s film ‘Ludo’ was first to release on April 24, but it could not happen due to the lockdown. The film ‘Ludo’ stars Abhishek Bachchan, Rajkumar Rao, Sanya Malhotra, Aditya Roy Kapur and Fatima Sana Sheikh in the lead roles. The film will feature four different metro city stories. The film has been produced by Bhushan Kumar, Anurag Basu, Divya Khosla Kumar, Tani Basu and Krishna Kumar.