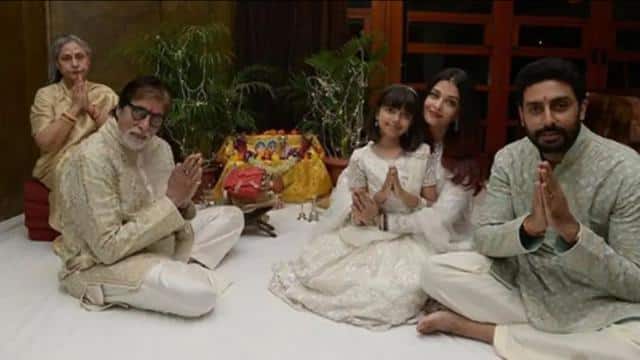 The bungalow will be sanitized after Bollywood actors Amitabh Bachchan and Abhishek Bachchan are found corona positive. According to the reports, both of them had given information about being found corona infected through social media. Apart from this, there are reports that Aishwarya Rai Bachchan and Jaya Bachchan were also tested Kovid-19. The report of both has come negative. It was being told that staff members, including the rest of the family members, would also undergo a corona test. Everyone’s reports are yet to come.

Let us tell you that Amitabh Bachchan and Abhishek Bachchan had a complaint of mild fever. In such a situation, both antigen body tests were done, in which the reports were corona positive. Now another test of both will be done, so that the complete body details will be known. This report will be received today i.e. on Sunday. Let it be said that Abhishek had tweeted that he has given information to all the necessary authorities including BMC. Both have been admitted to Nanavati Hospital in Mumbai.

Significantly, after both of them got corona infected, rumors are flying that Ranbir Kapoor, Neetu Kapoor and Karan Johar are also corona infected. It is also being said that Amitabh Bachchan’s grandson Agastya Nanda was present at Neetu Kapoor’s birthday party, due to which these three have got coronavirus. But let us tell you that there is not even a truth in this news. Neetu Kapoor’s daughter Riddhima Kapoor gave this information through her social media account.

After the Amitabh and Abhishek Bachchan were found infected with the corona virus, various leaders in the Bollywood industry as well have wished them a quick recovery. Union Health Minister Dr. Harsh Vardhan tweeted and wrote, ‘Dear Amitabh ji, I join the whole nation in wishing you speedy recovery. After all, you are a hero to millions of people in this country, an iconic superstar. We will all take good care of you. Best wishes for speedy recovery!