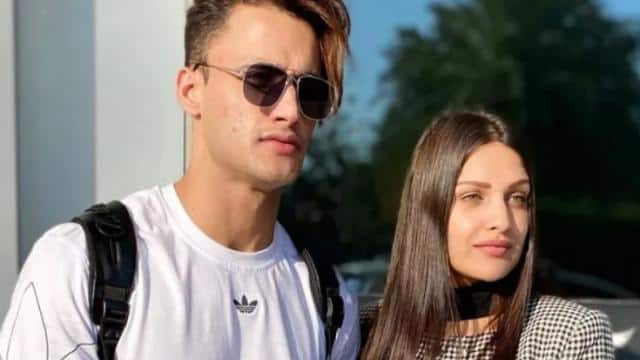 TV reality show ‘Bigg Boss 13’ contestants Asim Riaz and Himanshi Khurana are in discussion about their lovestory and breakup. On social media, it is known that the two have separated. But Asim Riaz always clarifies that nothing has happened by sharing the post with the fans. Fans have called him as Asimanshi on social media since Bigg Boss. The duo’s pair is also a hit.

Recently, Asim Riaz shared a photo of Himanshi Khurana and wrote a sweet caption for him. While dedicating the song Him and I, Asim writes, “Look, this is my girl.” This is my military girl. She cures people when someone screws her up. Calm and full of passion. She lives in herself and I will stay with her until all this stuff is over.

Let me tell you that both leave no chance of making each other feel special. Recently both of them released many romantic songs. Both were also seen romancing in the video. His songs proved to be a hit on YouTube.

Recently it was reported that Asim Riaz is being cast as the lead actor in the show ‘Naagin 5’. But when Asim was asked about these news, he described these things as mere rumors. Asim said, ‘There is no truth in these reports. This is just a rumor. I have not signed this show yet ‘.
Please tell that before this, the names of Deepika Kakkar and Mehak Chahal have also been revealed for the serpent.