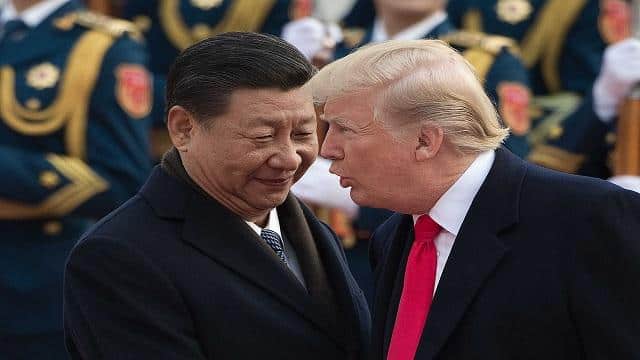 The US on Wednesday asked China to take measures to reduce the burden of unfair and harassing debt given to Pakistan. The acting assistant minister of the State Department for South and Central Asia, Alice Wells, told reporters that whether it is the China-Pakistan Economic Corridor (CPEC) or any other aid, the US always supports investment that is in accordance with international standards, Improve the environment and benefit the regional people.

In response to a question, he said, “I have mentioned the concerns of the US government regarding CPEC, the project lacks transparency and Chinese organizations are benefiting at an unfair rate.” He said, “I think in times of crisis like Kovid-19, when the world is reeling from the consequences of the shutdown of the economy, it is necessary for China to reduce the burden of this oppressive, cumbersome and unfair debt.” Steps for Wells said the United States hoped that China would either waive the debt or restructure it.

India will have to adopt a market friendly approach

Alice Wells, acting assistant minister of the State Department for South and Central Asia, said the US wanted a trade deal, but India could not. He said that companies would like to diversify their supply chain after the Kovid-19 epidemic and this is indeed a golden opportunity for India which should be taken advantage of with a market-friendly approach. He said that the US wants to work closely with India to improve the business environment.

Also read: WHO warns about use of hydroxychloroquine, know why

He told a Washington-based thinktank, “I want to say that we do trade agreements … We have seen that India has not been able to do these agreements yet.” This issue is not just with America. India is also facing this issue with the European Union, Australia and other countries. He said that companies want to reduce China’s risks and therefore have the opportunity to diversify in the real sense.

India can take advantage of opportunities

Wells said that India can take advantage of these opportunities by making the right policies and improving the infrastructure. He said that of course the US wants to promote it in partnership with India. The US diplomat said, “But there are some difficult issues and the current administration is committed to making progress on them.” India and the United States have been negotiating a trade deal for the past two years and US President Donald Trump said in September last year that it was likely to be signed soon. The agreement was expected during his visit to India in February, although there remain some differences between the two countries.