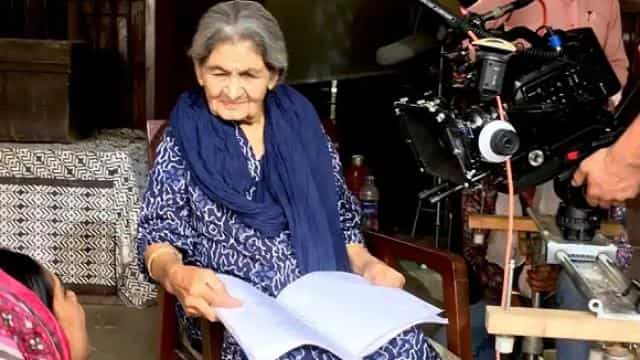 Amitabh Bachchan and Ayushmann Khurrana’s film Gulabo Sitabo has been released on June 12 on Amazon Prime Video. Directed by Shoojit Sarkar, this film is getting good response from the audience. The role of Farooq Zafar, who plays the role of Begum in the film, is also being appreciated. In ‘Gulabo Sitabo’ she played the role of Mirza i.e. Amitabh Bachchan’s wife. 87-year-old Farooq has been active in Bollywood for a long time. She has also previously worked with Salman Khan, Shah Rukh Khan and Aamir Khan.

Farrukh Zafar worked as an announcer in the Vividh Bharati radio station in Lucknow in the year 1963 before venturing into the film industry. He started his career with the 1981 film Umrao Jaan. In this, she appeared in Rekha’s mother’s role. However, he was identified with Aamir Khan’s film Peepli Live. In this, he played the role of Amma (coriander). He even got several scenes of this film changed as well.

Farrukh Zafar met Shahrukh Khan on the set of the film Swadesh. Even during the shooting, Shahrukh and Farrukh were staying in the next room in the same hotel. She played the role of Fatima B in the film.

The actress had told during an interview that she used to fondly call Salman Khan a Sultan during the shooting of the film Sultan. In this, she was seen in the role of Salman’s grandmother. In the film, you must have seen that Salman is seen beating his grandmother and he is none other than Farooq Zafar.