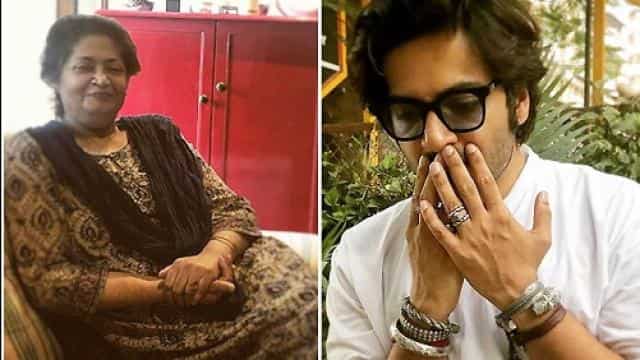 Bollywood actor Ali Fazal’s mother has passed away on Wednesday morning. On behalf of Ali, his spokesperson has issued a statement saying, “It is very sad to be informed that Ali Fazal’s mother is no longer in this world.” She suddenly fell ill and died on the morning of June 17, 2020 in Lucknow. ”

“We are praying for his soul’s peace.” Ali is thankful that he has got support from his fans in this difficult time. ”Ali wrote on Instagram Story, Kabhi Pummo. Where not to go. Apart from this, he has tweeted in memory of mother.

In one, he wrote, “One last fight, kill my life.” Just one punch. Ali wrote in another tweet, ‘I will live my part for you. Miss You Amma It was here till this time, we do not know why. You were the source of my creativity. You were my everything. No more alphabets ahead. Love, Ali.

Criticism live the rest of yours for you. Miss you Amma. Yahi tak thhaa humaara, pata nahi kyun. You were the source of my creativity. My everything. Aagey alfaaz nahi rahe. Love, Ali. pic.twitter.com/hKyFMp6U1G

Actress Richa Chadha has also given her reaction on social media. He has shared a photo of the idol of Goddess Kali, who has some candles burning. Please tell Ali Fazal was last seen in the film Prasthanam. In this, he worked with Sanjay Dutt, Jackie Shroff, Manisha Koirala.