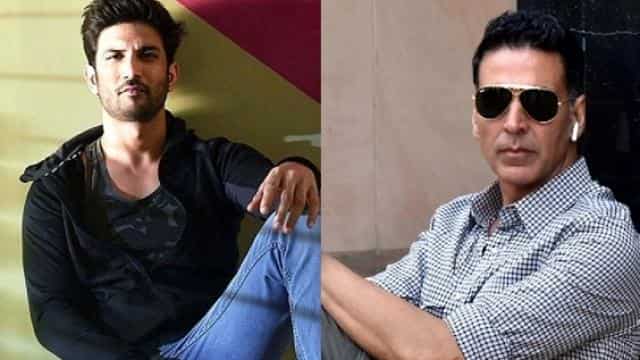 Bollywood actor Sushant Singh Rajput started his acting career on TV. After working in serials for a few years, he made his debut in the industry with the film Kay Po Chhe, in which he liked his work very much. He then played key roles in several films, but the film MS Dhoni: The Untold Story proved to be the turning point for him. The film proved to be a super hit at the box office. But do you know that Akshay Kumar wanted to do this film. But director Neeraj Pandey refused.

According to an India Today report, Akshay Kumar told in an interview that he had asked director Neeraj Pandey to cast him in this film. At this Neeraj Pandey told him that he does not look like Dhoni. The film was later released to Sushant Singh Rajput. Please tell that Akshay Kumar has worked with Neeraj Pandey in films like Special 26, Baby and Naam Shabana.

Let’s say that Sushant Singh Rajput had worked hard for the biopic of Mahendra Singh Dhoni. Dhoni’s attitude, style of walking and playing had adapted in himself. He took special training to learn the nuances of cricket from former cricketer Kiran More. Sushant’s career graph was elevated after doing this film.