Akshay Kumar to start shooting for ‘Bell Bottom’ in UK from August, says – it’s time to return to work 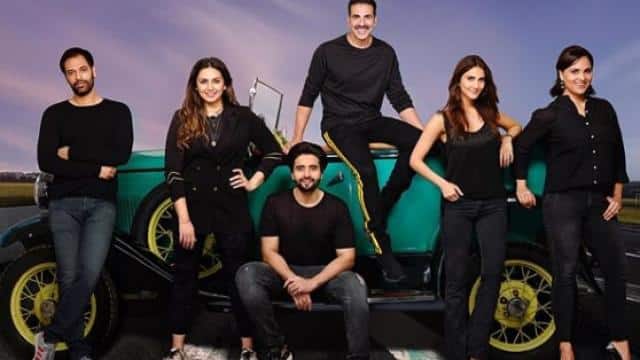 Shooting of Bollywood actor Akshay Kumar’s much awaited film Bell Bottom is about to begin. Akshay Kumar himself has given this information on social media. Akshay has also shared a photo with his co-stars in the film on Instagram account. In addition, he told in the caption that he is very exquisite about the shoot. He further said that the time has come to return to work. ‘Bell Bottom’ will go on the floor next month.

Apart from this, film critic Taran Adarsh ​​also shared a picture of the film’s starcast and said in the caption that ‘Bell Bottom’ will start shooting in the UK. He said that this is the first Hindi film, which is going to be shot at an international location after the lockdown.

Apart from Akshay Kumar, Vani Kapoor, Lara Dutta, Vasu Bhagnani, Huma Qureshi are seen in the photo. It is known that the film was announced long ago, but the shoot could not start due to Corona virus and then lockdown. Directed by Ranjit Tiwari, this thriller film is set to release on 2 April 2021.

FILMING TO BEGIN … #BellBottom will begin filming in Aug 2020 in #UK… will be the first * Hindi film * to commence shooting at an international destination, after the #lockdown… Stars #AkshayKumar, #VaaniKapoor, #HumaQureshi and #LaraDutta… Directed by Ranjit M Tewari. pic.twitter.com/Oms3TLMln0

During an interview recently, Vani Kapoor says, “I am very happy to share the screen with Akshay. I feel absolutely home by joining the production company of the film. ” According to the film’s director Ranjith, the character Vani is going to do in the film is very aggressive.

Big news for SBI customers, now you will be able to withdraw cash from ATMs like this