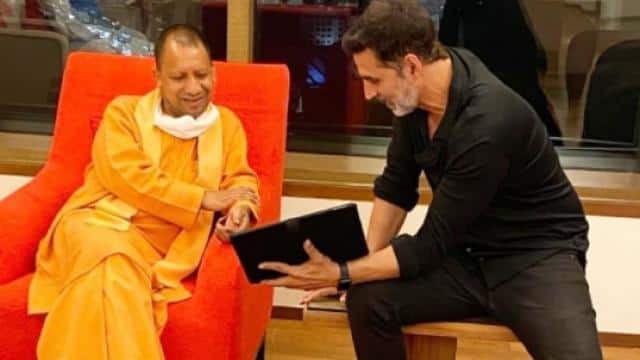 Bollywood actor Akshay Kumar met Uttar Pradesh Chief Minister Yogi Adityanath on Tuesday in Mumbai. During this time a photo has surfaced, in which Akshay and Yogi Adityanath are seen talking. The source said that during the meeting, Akshay Kumar discussed with CM Yogi about his upcoming film Ram Setu.

Akshay Kumar announced his film Ram Setu on the occasion of Diwali. The film is being directed by Abhishek Sharma. The story of Ram Setu Bridge will be told in this film.

Let us tell you that Akshay Kumar, while sharing the poster of his film Ram Setu on Instagram account, wrote, “This Diwali is a way to preserve the ideals of the nation of India and the great memory of Lord Shri Ram in the consciousness of India for ages. Build a bridge that will connect the generations to Rama. In this effort, we also have a small resolution – Ram Setu. Happy Diwali to all of you. ”