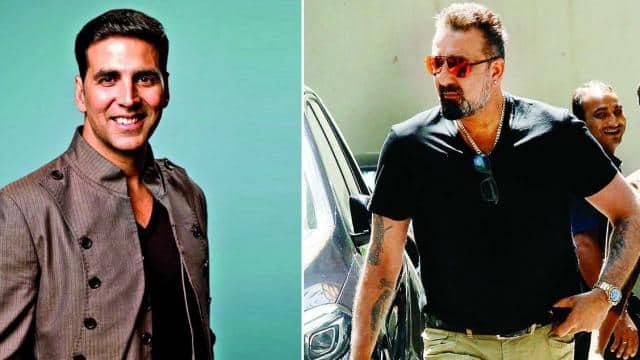 Bollywood actor Sanjay Dutt has recently defeated cancer. There is an atmosphere of happiness in his family. Sanjay Dutt’s close friends are congratulating him on winning the battle with this dreaded disease. It may be known that Sanjay Dutt had written a wide-ranging post on Twitter and informed fans about his recovery from cancer. Akshay Kumar, replying to Sanjay Dutt’s tweet, said that this is the best news.

Akshay Kumar tweeted, ‘Best news. It was great to hear Baba. Looking forward to seeing you on set. Fans are responding to this tweet by Sanjay Dutt. Please tell that in the film Prithviraj, Sanjay Dutt is working with Akshay Kumar. The report said that Sanjay will start shooting for the film after Diwali.

Best news! So good to hear this baba 🤗 Looking forward to seeing you on set real soon. https://t.co/HSx8za7KsW

Sanjay Dutt shared a post on Twitter account after recovering from cancer, in which he wrote, ‘The last few weeks were very difficult for me and family. But as it is said, God chooses only the strongest soldier to fight a tough battle. And today, on the occasion of my children’s birthday, I have returned after winning this battle. This is the best gift for the family.

Sanjay further writes that it would not have happened to me without the blessings of all of you. I am grateful to you all for your support and blessings. I thank family, friends and fans for standing in this battle with me. Stay strong for me Thank you for the love, familiarity and countless blessings. I am grateful to Dr. Sevanti and her team, thankful to the nurses and medical staff of Kokilaben Hospital who cared for me so much.